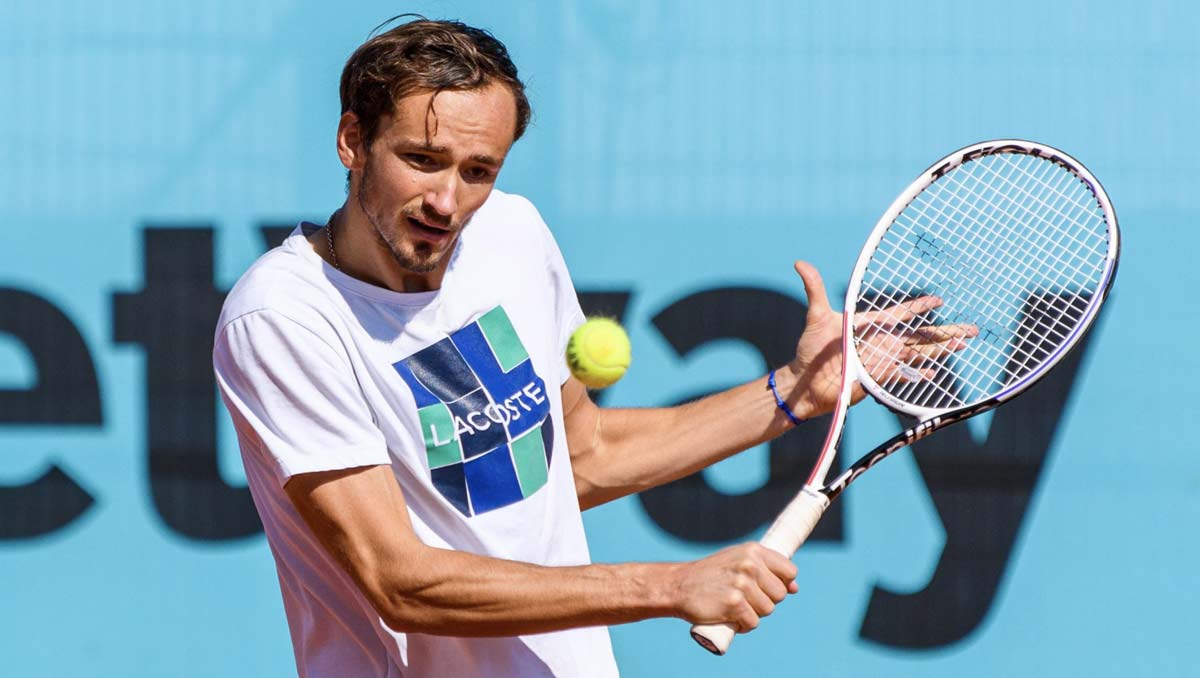 How much has changed in a dozen or so years?

The last time that top four seeds made the semi-finals of the Western and Southern Open in Cincinnati, 12 years ago in 2009, they comprised Roger Federer, Rafael Nadal, Andy Murray and Novak Djokovic—in that order.

All were already, or would go on to become, Cincy champions and world No1s. All were, or would soon become, multiple Major champions, and the quartet, the ‘big four’, have gone on to concede just five Major titles to other players—and three of those were to Stan Wawrinka.

All, too, were in their 20s—from Federer at just turned 28 to Djokovic and Murray age 22—making it all the more exceptional that all four remain the most popular active players on the tour.

Except—the 2020s have seen something of a sea-change. Federer, now 40, has played just 13 matches since his semi-final run at last year’s Australian Open, and is now embarking on his third knee surgery: He will not return this year.

Nadal, age 35, has managed just two matches since his semi-final run at the French Open, carrying a foot injury for much of the year. Now the pain has forced him, too, to abandon the rest of 2021, having already withdrawn from Wimbledon and the Olympics.

Murray—well the Briton has battled with hip injury for years, and finally resorted to his second bout of surgery in early 2019. What is more, he has gone on to suffer repeated setbacks due to groin and thigh injuries and Covid infection.

Ranked outside the top 100, he has needed wild cards to enter recent tournaments, leaving him exposed to tough draws: He faced eventual champion Andrey Rublev in Rotterdam, champion Matteo Berrettini at Queen’s, then Wimbledon semi-finalist Denis Shapovalov at Wimbledon and Hubert Hurkacz this week in Cincinnati.

Of the four, then, only Djokovic has maintained peak form, and peak results, standing clear at No1 in the ranks and with all three Majors in the bag. Now level with Federer and Nadal on 20 Majors, with more weeks at the top than any other man, and with additional records beckoning, he is keeping his powder dry.

He has played just two Masters tournaments this season, and followed a weary finish at the Tokyo Olympics by withdrawing from both Toronto and Cincinnati. Not surprising, given that his eye is firmly on the US Open prize.

But to seal the full set of Majors, and that very particular achievement, the Calendar Grand Slam, Djokovic will have to contend with at least some of the quartet that has risen to the top of the Cincinnati draw.

Take Nadal, Federer and Dominic Thiem—another Major champion who will be absent for the rest of the season with injury—out of the reckoning, and the next seven men in the ranks after Djokovic are age 25 and under.

Last week, Nos 2 and 3, Daniil Medvedev and Stefanos Tsitsipas, reached the semis in Toronto, with Medvedev picking up his fourth Masters title. The Russian is also a two-time Major finalist and has cranked up 40 match-wins this season.

Medvedev’s progress in Cincinnati, where he won his first Masters title in 2019, has been exemplary, too: He has been barely tested in his three matches thus far, including former champion Grigor Dimitrov and world No12 Pablo Carreno Busta.

At the other end of the draw, Tsitsipas has garnered the most wins this year, 48, and his progress into the top tier has seen him inside the top three for the first time after reaching his first Major final at Roland Garros and winning his first Masters in Monte-Carlo.

That said, his run to the semis in Cincinnati has been hard work indeed: approaching five hours for his last two matches alone, both three setters. Meanwhile Medvedev has taken under three and a half hours to win all three of his.

Also in cruise mode has been Tsitsipas’s semi opponent, the Tokyo gold medallist Alexander Zverev, who has yet to drop a set, and won his quarter-final over No8 seed Casper Ruud in under an hour.

The German picked up his fourth Masters title in Madrid this year, and while his head-to-head in this growing rivalry favours Tsitsipas, 6-2, their most recent meeting, at Roland Garros, took over three and a half hours and five sets to determine the winner.

In terms of form and fitness, it may just be Zverev’s time against the Greek: He resisted Toronto after his victory in Tokyo, and should have plenty in the tank with his seamless progress this week. Should he reach the final, he may get the bonus of edging past Nadal to No4 in the rankings.

In ranking points, Rublev, the fourth of the 2021 quartet, will likely be pinned outside the top four for the US Open, and is the one of the quartet yet to win a Masters. But the 23-year-old Russian is increasingly asserting himself among this young generation with every big tournament. He won five titles last year, piling on four straight ATP 500s with victory in Rotterdam this February.

He has made the quarters of three Majors, and reached his first Masters final in Monte-Carlo—beating Nadal—this spring. And like his friend and compatriot, Medvedev, Rublev is up to 40 wins this season, including a clean sweep with his team-mate at the ATP Cup to take Russia to the title.

But there’s the rub: He now plays Medvedev in the knowledge that he has yet to win a set in their four main-tour matches so far.

The younger Russian has not played a seed so far this week, though he has proved his worth in Cincinnati’s challenging conditions against the likes of Marin Cilic, Gael Monfils and Benoit Paire. However, Medvedev is the man to beat—and thus far, is the favourite not just to reach another final but possibly to sweep a fifth Masters title.