The Croat was ranked 152 after shoulder surgery, now seeded for US Open at No29 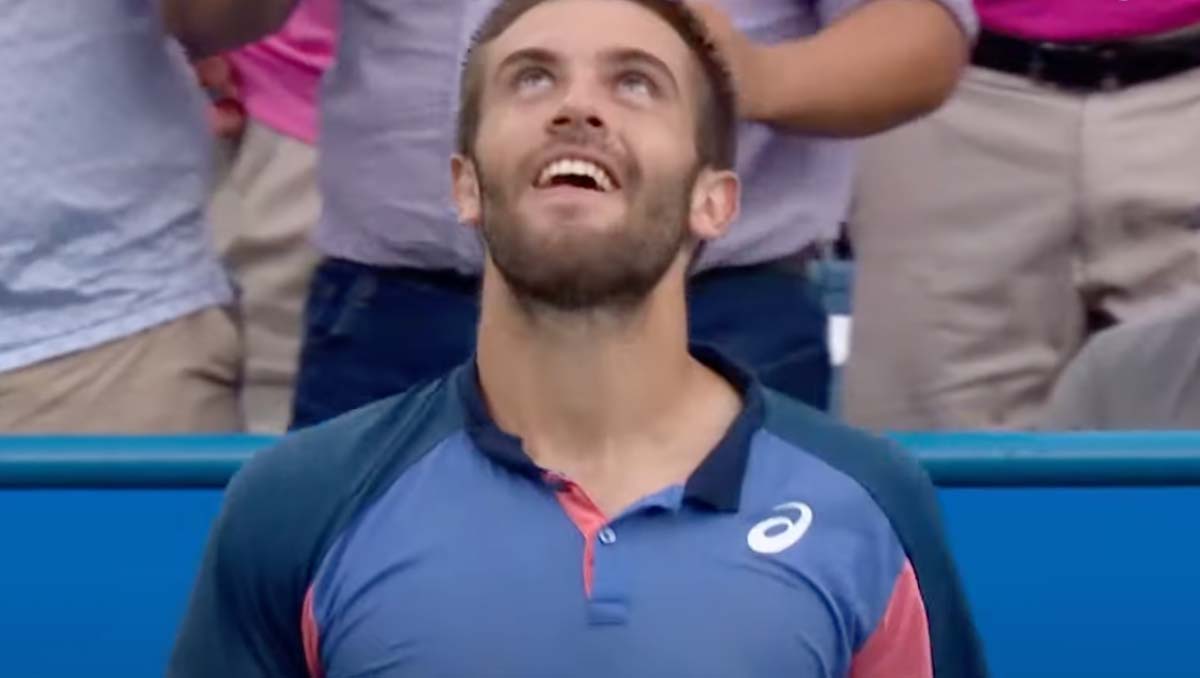 There were any number of scenarios on the table when the Cincinnati men’s draw was made over a week ago.

Could Rafael Nadal, the second seed and playing for the first time since his withdrawal from the semis at Wimbledon, emerge with a tour-leading fifth title and the No1 ranking?

Could fellow former champion and No1 seed Daniil Medvedev hold onto his top spot by reaching the quarter-finals?

Beyond that, could either man win his first Masters title in well over a year—Nadal in Rome 2021, Medvedev in Toronto 2021? After all, since the spring of that year, the number of new names winning those elite titles had burgeoned: Hubert Hurkacz, Stefanos Tsitsipas, Cam Norrie, Taylor Fritz, Carlos Alcaraz, and only last week, Pablo Carreno Busta.

For Medvedev, even among the unseeded men, there were trip-wires to that No1 confirmation: First Botic van de Zandschulp, ranked 24, then Denis Shapovalov, ranked 21; indeed all the men who could stop him making the quarters were ranked high enough to be seeded at next week’s US Open—except 21-year-old Jenson Brooksby who had twice been a finalist on North American hard courts this year.

Medvedev negotiated all of them, avoided a confrontation with in-form Nick Kyrgios, who had beaten him in his opener in Montreal last week, and finally set up a highly anticipated 10th showdown with Tsitsipas.

The top seed had won seven of their meetings thus far, but the on-fire Greek avenged the Australian Open loss to his rival in a late-night thriller, 7-6(6), 3-6, 6-3.

And that took Tsitsipas to his first Cincinnati final from his third consecutive semi-final, to a tour-leading 46 match-wins this year, and up to No5 in the ranks. Victory could take him to No4, but who would stand in his way?

On paper, Nadal seemed to have a more manageable draw than Medvedev, certainly as far as the quarters. His first seed, Roberto Bautista Agut, had not come close to winning a set in their three meetings, while among the other five men were three qualifiers and the 152-ranked Borna Coric. The young Croat was playing on a protected ranking, had just four main-tour match-wins this year and none at all last year after reaching the Rotterdam semis—just one hard-court win in 18 months.

The dangers to Nadal’s title prospects looked set to begin in the quarters, with young guns Jannik Sinner and Felix Auger-Aliassime, followed by even younger gun Carlos Alcaraz—and the teenager beat Nadal on his way to his second Masters title of the year in Madrid—or super-fit, ever-improving Brit, Norrie.

Sure enough these last two did battle in the quarters in a gripping three-set battle, having between them dismissed former champions Andy Murray and Marin Cilic.

But it would not be Nadal who the winner faced come the semi-finals. For back in his very first match, he faced Coric, who had already disposed of the talented 20-year-old Hamburg champion, Lorenzo Musetti.

And Coric would down Nadal, as he had done twice before as a teenager, including at this very tournament back in 2016. This time, he did drop a set to Nadal, but it would be his only dropped set all the way to only his second Masters final after Shanghai almost four years ago.

Indeed, among a string of storylines, not least the one that pitched veterans Murray and Stan Wawrinka into a gripping do-or-die first round match, Coric’s had arguably stolen the show.

For his protected ranking told something of the backstory of the shy, modest Croat who rose to No12 in the ranks just before his 22nd birthday in 2018, by which time he had not only beaten Nadal twice but had denied Roger Federer his 10th Halle title.

But on into 2019, he dealt with injury after injury to hamstring, abdomen and back, and then needed shoulder surgery in 2021. It required long, hard work to get back to his formidable form—and he is a muscular ball-striker with outstanding movement. So he returned to the Challenger circuit for much of 2022.

Sure enough, the former young Croat with the serious demeanour and athletic game was finally on show again in Cincinnati: Not just with wins over Nadal but over No15 seed Bautista Agut, No7 seed Auger-Aliassime and then No9 seed Norrie.

And that earned a surge of over 100 places in the ranks, and the prospect of a seeding at the US Open should he beat Tsitsipas.

In their only completed former match, Coric battled back to beat the Greek in a fifth-set tie-break at the 2020 US Open. But since then, Tsitsipas had evolved, matured, become a two-time Masters champion, runner-up at Roland Garros, and a five-time Major semi-finalist.

And under the guidance of new coach Mark Philippoussis, together with the faster courts of Cincinnati, his naturally attacking game had thrived. Tsitsipas played 36 points at the net against Medvedev, and would surely try to break up the Coric rhythm in a similar style.

He certainly hit the ground running, with a love hold, a break, and another hold for 3-0. Coric had won just two points, but the Croat dug in, found his serving rhythm, and threw in two love holds, 4-2. And some sizzling returns from Coric suddenly worked three break-back chances, 0-40. Tsitsipas did not back off, charged to the net, and saved two points with volley winners, but Coric converted the third chance, back on serve.

The Croat then survived a marathon eighth game, and three break points, to level, 4-4. He then had a chance to break in the 10th game, too, but both were now playing at peak intensity, and only a tie-break could separate them.

Coric drew first blood, 3-0, making few errors and hitting with pace and power through the court. Two searing winners, and he was 5-0, then an ace, followed by an error from the Greek, and Coric had swept to the set, 7-6(0).

Tsitsipas went off court for a comfort break, after Coric had already earlier queried the time the Greek took between points. It only added to the tension of a high-quality contest, and initially disrupted the Croat’s rhythm, but Coric held off three break points in the first game, five points to hold.

Then it was Tsitsipas’s turn to find some outstanding shots to stave off three break points, even with a time violation, but faced with more in the sixth game, he double faulted: 4-2 to the Croat.

Coric was now on fire, running Tsitsipas side to side and slotting winners, but he had to battle through more than 10 minutes to hold for 5-2. And the Croat was on a roll, full of energy and focus, and broke once more to win his first Masters title—from a ranking of 152. He will now be seeded at the US Open.

It has been, simply, an astonishing comeback: He made 37 winners for just 14 errors. But the trophy ceremony would be a hurried affair as storm clouds swept over the court. He is, though, a quietly-spoken man, and looked more than happy to keep things short.

His tennis was eloquent enough—and will make him a formidable presence in New York.

Cincinnati Open 2022: Garcia back where she belongs, lifting a WTA 1000 trophy

US Open 2022: Raducanu drawn in heavy-weight quarter for title defence, in half topped by No1 Swiatek