Briton set for new career high No9, up to No8 if he beats Coric into final 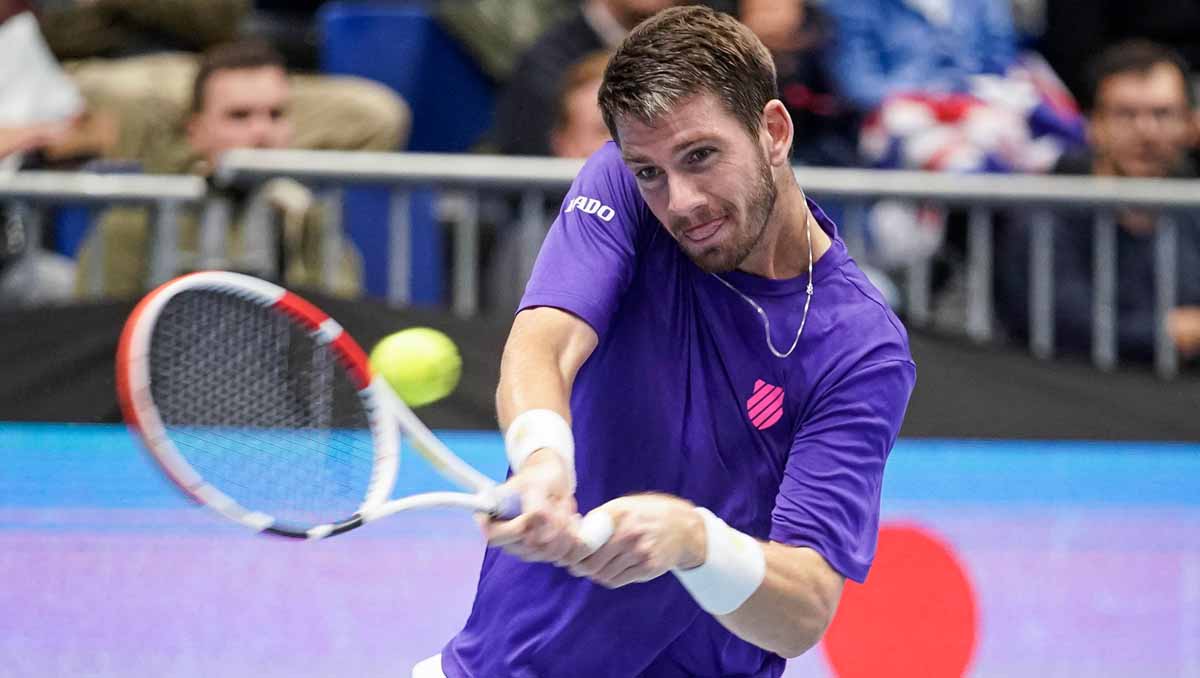 The rise and rise of Cameron Norrie continued late into the night of the last North American Masters tournament of 2022.

In his fourth match in under a year against the teenage star and No3 seed Carlos Alcaraz, the Briton scored his first win over the Spaniard in a thrilling three-setter, 7-6(4), 6-7(4), 6-4, after more than three hours.

Against a lesser competitor than the extraordinary Alcaraz, Norrie may well have closed out his quarter-final in two sets: He led 4-1 in the second set, only to have the Spaniard claw his way back into it with one of just two break points converted from 13 in the match. Alcaraz got the other break in the deciding set to lead 3-1, but Norrie fought back to reach his second Masters semi-final.

In their previous three meetings, Alcaraz had gone on to reach the semis at Indian Wells, win the Madrid Masters and score his first Major quarter-final at the US Open, yet only a year ago, in Cincinnati, he was still having to qualify for the main draw.

This year, though, his rise had been meteoric: Two Masters titles—he added Miami to Madrid—plus two further titles, two additional finals, and the quarters at Roland Garros. It took him to 44-8 for the season, and from a current career-high of No4, he had hoped to reach No2 if he went all the way to the title.

Norrie, now 26 years old, had also put together a fine stretch since the pandemic closure of 2020. Perhaps seen as a late bloomer, given his age, Norrie however did not turn pro until almost three years at university in the USA, and reached his first final in 2019.

Then last year, the super-fit leftie came into his own to win two titles from six finals—one of those titles coming at the biggest Masters, Indian Wells. There were two more titles from four finals this year, plus a first Major semi-final at Wimbledon.

And that is a valuable place to be when it comes to seedings for the US Open in a week’s time: Norrie could then not face a higher-ranked man before the quarter-finals.

However, the remarkable resurgence of 25-year-old Coric has become one of the most pleasing storylines of the tournament. Before Cincinnati, the Croat was ranked 152 and playing with a protect ranking, but by reaching the semis, has now risen 86 places to at least guarantee a place in the main draw of the US Open.

Should he beat Norrie—and the two have split their previous two matches at one apiece—he would likely overtake Andy Murray inside the top 50. Victory, to win his first Masters title, would almost certainly guarantee a seeding at the US Open.

Not that Coric has been unfamiliar with seedings at Majors. He was ranked No12 when he played the Australian Open in 2019, and that after making a real impact as a teenager. He reached two finals in 2016, won Marrakech in 2017, and beat Roger Federer to the Halle title as a 20-year-old the next year.

He had already beaten Rafael Nadal twice, including Cincinnati in 2016 to reach the quarters, but his progress was hit by knee and shoulder surgery, plus assorted back and abdominal injuries. Last year, he did not play at all after making the semis in Rotterdam and this year had made laborious progress via numerous first-round losses before a return to Challenger level to build up his form.

And in Cincinnati, that work had reaped its rewards. He beat Nadal for a third time, followed by No15 seed Roberto Bautista Agut and, in the quarters, No7 seed Felix Auger-Aliassime. He dropped only one set along the way—to Nadal—so should have plenty left in the tank for Norrie. He will need it.

Before that semi-final, though, there would be the blockbuster contest between No1 seed and former champion, Daniil Medvedev, and No4 seed Stefanos Tsitsipas, who reached his third consecutive Cincinnati semi with a two-and-a-half hour win over John Isner, 7-6(5), 5-7, 6-3.

It will be their 10th meeting, currently at a 7-2 advantage to Medvedev, who won their most recent match in the semi of this year’s Australian Open.

One thing is guaranteed in this burgeoning rivalry: there will be high emotions and intense tennis as they go head to head once again. And while Medvedev is already locked in as No1 for the US Open, another Masters victory for Tsitsipas after winning Monte-Carlo, could take him back to a very timely No4.

Cincinnati Open 2022: Garcia back where she belongs, lifting a WTA 1000 trophy