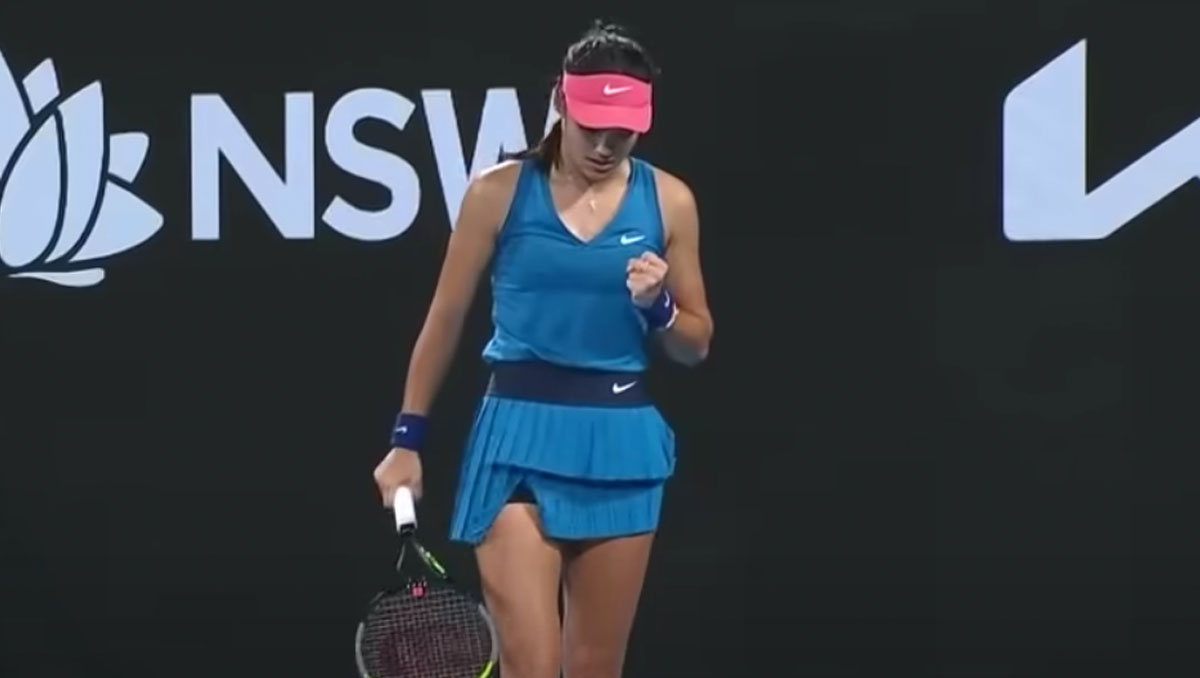 Another hard-court week in North America, another top-notch WTA1000 event hot on the heels of the Toronto 1000, where two-time champion Simona Halep made it three Canadian Open titles and propelled herself back to No6 in the ranks for the first time in over a year.

It has been a fine return to form for the two-time Major champion after a slow start to 2022 and a succession of niggling injuries that had her considering retirement. But since joining forces with renowned coach Patrick Mouratoglou, her fortunes took an upward turn: Semi runs at Indian Wells and then Wimbledon, followed by her victory in Toronto.

In the blink of an eye, though, she had to regroup for the pacey courts of Cincinnati, a tournament where she had been runner-up three times but never champion.

And the quality of the draw was at least as demanding as last week: Not a single seed among the top 16 was absent. Halep was one of 14 Major champions whose names littered the list, and all the active former Cincinnati champions were in the mix.

That Halep avoided the quarter which boasted three of those champions—Victoria Azarenka, Serena Williams and Karolina Pliskova—as well as US Open champion Emma Raducanu, did the Romanian’s cause no harm at all. She also avoided top seed, and the year’s most prolific champion, Iga Swiatek, and the No2 seed Anett Kontaveit.

And she came through a long three-setter just 48 hours after her Toronto win, to reach the second round. However, just hours before Halep was due to take to court on Wednesday, she withdrew with a thigh injury, handing a walkover to Veronika Kudermetova.

And before that, there had been some other notable upsets. One of the home hopes, Coco Gauff, the new doubles No1 and No11 seed, was forced to retire with an ankle injury in her opening match. No12 seed Belinda Bencic and No13 seed Leylah Fernandez also lost. No9 seed Daria Kasatkina went in the first round, only for her victor, Amanda Anisimova, to concede a walk-over to Shelby Rogers in the second round.

The unseeded Naomi Osaka also bowed out of the same quarter, leaving her with just two match-wins since her final run in Miami in March.

However, perhaps the most notable exit came in the shape of Serena Williams. All eyes had been on the 23-time Major champion since she announced she was ready to evolve away from tennis to both new business ventures and to motherhood.

That she had returned after a year’s absence to play at this year’s Wimbledon was itself a big story—especially as she lost a marathon opening battle against a woman ranked outside the top 100 in a thrilling final-set tie-break.

By the time she broke cover again, the news that the US Open would likely be her final tournament was out, and so her opening win in Toronto was a special one—though she lost in the second round.

And then as luck would have it, her final bow in Cincinnati, where she had twice been champion, would begin against a woman less than half her age, the 19-year-old reigning US Open champion, Raducanu.

Williams won her first Major at the US Open, also as a teenager, back in 1999, beating three of the top four seeds in the process. Raducanu was not born for another three years, so this was indeed a meeting of different generations, and a moment of great good fortune for the Briton: Her first, and likely only, chance to play the woman who had inspired her fellow players for more than two decades.

Raducanu, for her part, had failed to build a head of steam this season, and the defence of her US title was fast approaching. She made the quarters in Washington, but then lost her opener in Toronto—though she had another tough draw there against the defending champion.

But on the quick courts of Cincinnati, where she was playing for the first time, she found that former pace, accuracy, and clean ball striking to punch holes in the Williams game. The teenager broke at the start, and again for a 4-1 lead, and although Williams got one break back, Raducanu served out the first set, 6-4, having made just one unforced error.

Now Williams’ lack of match-fitness, as well as her almost-41-years, were no match for the nimble, focused young woman on the other side of the net, who swept to the win, 6-0, again with scant errors.

Raducanu called on the crowd to applaud the departing Williams in an emotional speech:

“I think we all need to just honour Serena and her amazing career. I’m so grateful for the experience of being able to play her and for our careers to cross over. Everything that she’s achieved is so inspirational and it was a true honour to share the court with her.”

Williams will now have to try to regroup for her final assault, on the court and in the city where it all began. The US Open starts in less than two weeks’ time.

Raducanu, though, had to quickly look ahead in what is a truly challenging quarter. For she next played another Major champion and former No1, the two-time Cincinnati champion, Azarenka. What is more, from night-time against Williams, she had to return for an early-afternoon start.

Again, it was a first meeting for Raducanu against another near-veteran champion, now age 33. Unranked here, Azarenka had beaten the dangerous Kaia Kanepi in three sets, and the Briton knew she was in for a test:

“It is a fast turnover tomorrow, and I probably have got 12 hours until I’m back on site. I’m playing another Slam champion, so it’s obviously going to be really difficult.”

But the Briton carried on where she left off against Williams to break Azarenka in the first game. She consolidated on serve, despite a couple of double faults, and broke again: 3-0. And so it continued, 27 minutes, not a game dropped, 6-0. She promptly broke in the first game of the second set, too, and took a 4-0 lead before Azarenka got on the board. Raducanu was taking the ball early, producing great angles, making swinging serves, and drawing a slew of errors from the frustrated Belarusian.

Finally Azarenka began to find some rhythm to match the Briton in a fierce seventh game, another hold, but with just 63 minutes on the clock, Raducanu faced down the only break points she faced in the match to serve it out, 6-2.

Again she talked of ‘honour’ at being on the court with Azarenka, but she outplayed the former champion with the kind of aggressive, fast-rally tennis that once took the Belarusian to so many big titles.

And Raducanu will have to play at the same level again to beat the No7 seed Jessica Pegula, who made the semis in Toronto and also in Miami in March—and incidentally the final in Madrid. The American thrives on the big stage—but then that sums up the British teenager too. It remains a tough quarter, but one potential opponent has gone: Pliskova lost to Elise Mertens.

Cincinnati Masters 2022: Nadal and Medvedev compete for No1 to grab US Open top seeding