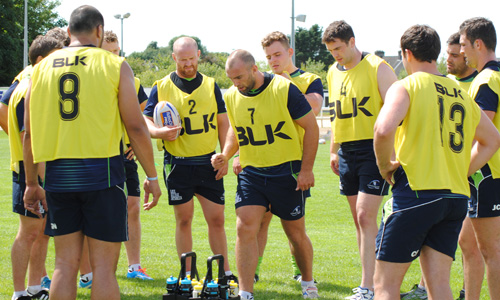 Robbie Henshaw, Ronan Loughney, Jason Harris-Wright and Mata Fifita will all continue with their rehab programmes in Galway this week under the watchful eye of senior fitness coach Jim Molony.

“This is a very important phase in our pre-season preparations. After five weeks of training together in Galway, the squad will be able to get out to France with no interruptions,” said Lam.

“That’s the beauty of these trips. We can get away as a large squad and take the opportunity to test out our new systems and structures on the pitch. The week is also useful for building on relationships, especially with new guys coming in this season.

“As a player and coach, these trips can be hugely beneficial as long as the proper structures have been put in place. The management team have spent a lot of time preparing for this week and ensuring we get the most out of it.

“On Friday, we’re playing Clermont in what will be their last hit out before their opening Top 14 game against Grenoble the following week. In that regard, we expect a tough encounter but this fixture is less about the result, and more about how we perform. We want to give everyone some game time and try out different combinations ahead of the season kick-off and our game against Wasps in two weeks’ time.

“I’m very pleased with the preparation that has been done to date and looking forward to a good week from everyone in France.”