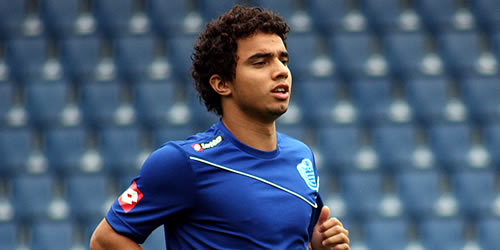 Craig Noone has masterminded a German-themed birthday gift for Cardiff team-mate Fabio da Silva after being inspired by Germany’s 7-1 victory over Brazil in Tuesday’s World Cup semi-final.

Fabio, who made nine appearances for Cardiff City last season following his move from Old Trafford, was not part of Luiz Felipe Scolari’s World Cup squad which suffered the ultimate humiliation.

But striker Noone was refusing to allow Fabio an easy day at work after covering the defender’s locker with German flags as part of his birthday tribute to the former Fluminense defender.

Former club United were rather more forgiving when mentioning the result as the Red Devils wished Fabio and twin brother Rafael a happy birthday.