Cristiano Ronaldo has told Chelsea fans that there is nobody better in world football than Jose Mourinho to reverse the club’s ailing fortunes.

The Portuguese coach has found himself in the unusual position of being under pressure in recent weeks following Chelsea’s disastrous start to the new season.

The Blues finally returned to winning ways with a 2-1 victory over Dynamo Kyiv in the Champions League on Wednesday night following three successive defeats for the west London club.

And Ronaldo, who played under Mourinho during his spell in charge at Real Madrid, believes that the former Porto and Inter Milan boss is the best coach in the world.

Ronaldo told BT Sport: “I would put him at the top, I always say that. He’s a good coach, he did many good things and won many trophies for other clubs.”

He added: “I don’t want to speak too much about other coaches – my coach is now [Rafael] Benitez and I’m comfortable we are going to win many things together.” 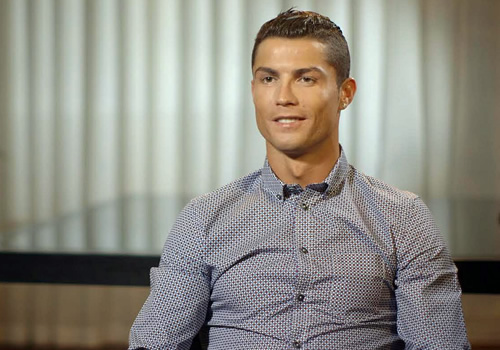 Ronaldo later added in an interview with BBC Sport: “I know that not just him but Chelsea are in this tough situation.

“As a Portuguese man, I want to see the Portuguese at the top level all the time.

“So this is what I wish for him that he can go through this bad situation and make Chelsea fans happy because they deserve it.”

Chelsea return to Premier League action with a trip to Stoke City on Saturday evening. The Blues are currently in 15th place in the Premier League table and 14 points behind leaders Manchester City after 11 games.

To watch the full interview, tune into BT Sport Europe at 10pm this Sunday. ‘Ronaldo’ is in cinemas, on DVD, Blu-Ray and available to buy or rent on BT TV on 9 November.