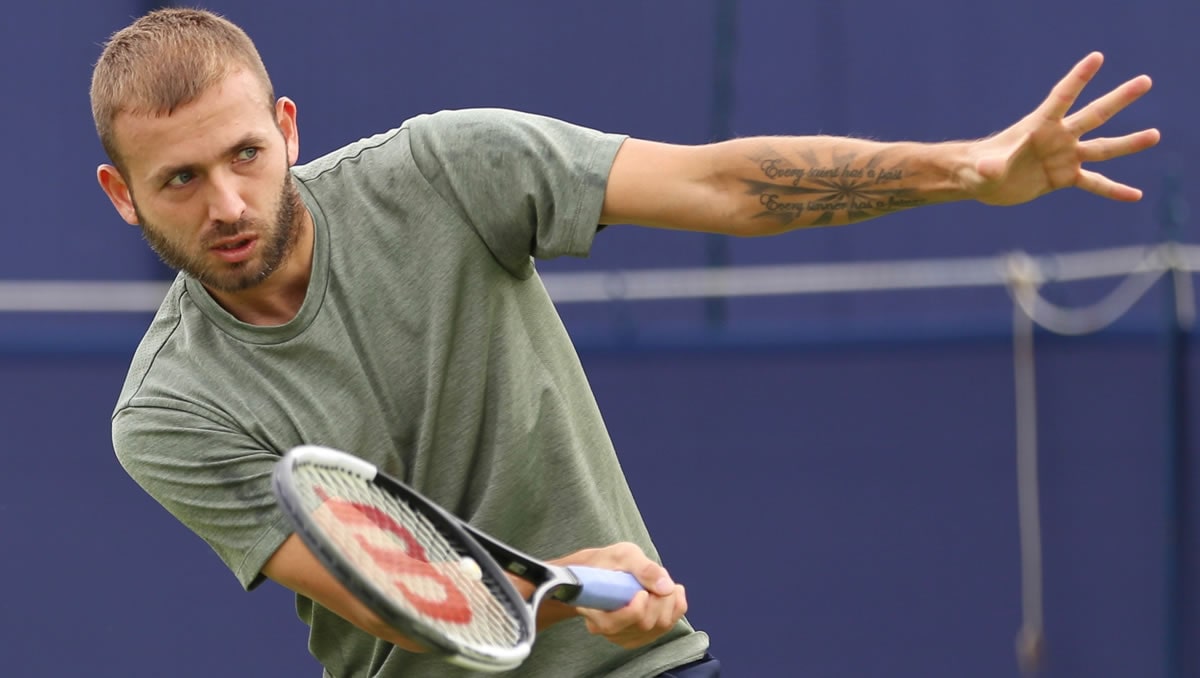 Players around the world have been coming up with all kinds of solutions to the months of competitive inactivity caused by the Covid-19 pandemic.

The Schroders Battle of the Brits charity tournament has been one of the first, a collaboration between Jamie Murray, the LTA, and sponsors in aid of NHS charities, which has given the top British men a chance to work their way back into form.

Following a close-down of tennis since the start of March, with the entire clay and grass seasons abandoned, there has been a lot to intrigue, to absorb, to adjust to in trying to develop a viable tournament under the ‘new normal’ of social distancing.

This week-long event, featuring eight singles players and six doubles teams, has been played behind closed doors. But it is not only the fans who have been missing. There have been no ball kids, line judges, or changes of end. Just a coach in each corner—wearing gloves—and electronic line calling, the kind used at the experimental NextGen Finals in Milan.

Players are responsible for gathering up their own balls and towels, meaning there is no need for challenges, no long plods past the umpire’s chair to their seats, no shot-clock… indeed a very different vibe and rhythm.

However, the presence of one player in particular has drawn significant audiences via their TV and computer screens. Andy Murray has not played a competitive match since his single contest at the Davis Cup last November, which was one of only 30 matches he has played in the last three years.

The reason is familiar to every tennis fan: Murray has twice been forced into hip surgery—at the start of 2018 and the start of 2019. Then during that Davis Cup tie, he bruised his pelvic bone and took more months away for rehab. He was scheduled to return in Miami in March, only for the global coronavirus lockdown to end his hopes.

So coming to the indoor hard courts of the National Tennis Centre in Roehampton this week, Murray insisted his expectations were low, much in keeping with his current ranking of 129. Naturally, few others took those views at face value, and sure enough, he played three workmanlike matches against Liam Broady, Kyle Edmund and James Ward to reach the knock-out semi stages.

There, however, the former world No1 met the current British No1, Daniel Evans, now up to a career-high 28. What made the match-up particularly appealing was that these two Davis Cup team-mates had never faced each other before, so there were bragging rights at stake.

Murray came out of the blocks fast, serving bigger than he had all week, to make two strong holds, sandwiched around a long, probing break of the Evans serve. The former No1 was up 3-0 in barely a quarter of an hour.

The variety of shot from the single-hander of Daniel Evans almost got a break back in the fourth game, but Murray’s serving was cranking up nicely, and he ghosted to the net with some ease, presumably helped by his day off following three round-robin matches.

A frustrated racket-on-bench smash earned the first violation of the week at the tournament for Evans after Murray broke for a second time. The reigning Olympic champion served out the set 6-1 after an impressive 35 minutes or so.

But Evans, a fitter, stronger, more focused player than at any time in his career, has reached that No28 ranking for good reason. After a year’s suspension in 2017, the scales seemed to fall from his eyes, and on his return, he applied himself to his sport with a new passion and rigour.

Always a man packed with talent, the work ethic paid off. He won a stack of Challenger matches, then last year made the final of Delray Beach via qualifying, won the Surbiton and Nottingham Challengers, and was inside the top 50 by year’s end. It did him no harm to be invited for a training block with Roger Federer during the spring, either, and then to practise with the Swiss several times during Wimbledon. And already this year, he had beaten five top-20 players before the coronavirus shutdown.

This time, then, it was the man from Birmingham who stole a 3-0 lead, and Evans very nearly got another break for 5-1. Murray held off the challenge, and saved still more set points at 5-2, but Evans served out the set, 6-3.

Deciding sets this week have been determined by match-tie-breaks, first to 10, and Murray took the initial advantage, 4-1, only for a spritely Evans to level 4-4, and take the lead at 7-5. They were then back on serve at 7-7, but Evans worked the first match point, and converted it with a backhand down-the-line winner.

As is the protocol in tennis these days, they tapped rackets at the net, but his facial expressions showed how much this meant to Evans.

Asked how he had turned the match to his advantage, he said:

“I started to come forward a bit more, used slice a bit more. He did a lot of good in the first set… I was surprised how well he was executing. I wasn’t too down going to the chair after the first set, I just needed to change a few things.

“He was playing big tennis on the break points—you always know Andy’s going to come out with top tennis. You’re thinking the worst, but I hung in there. Just really happy to come through.”

Evans will play either No77 Cameron Norrie—he stood at No41 a year ago—or Kyle Edmund, currently ranked 44 but as high as No14 in 2018 after reaching the semis of the Australian Open and winning his first tour title.

Edmund’s drop in the ranks followed a stretch of withdrawals with a knee injury, but he has one win over Norrie to his name, plus two wins over Evans.