Evans: “It’s a great start to the grass court season” 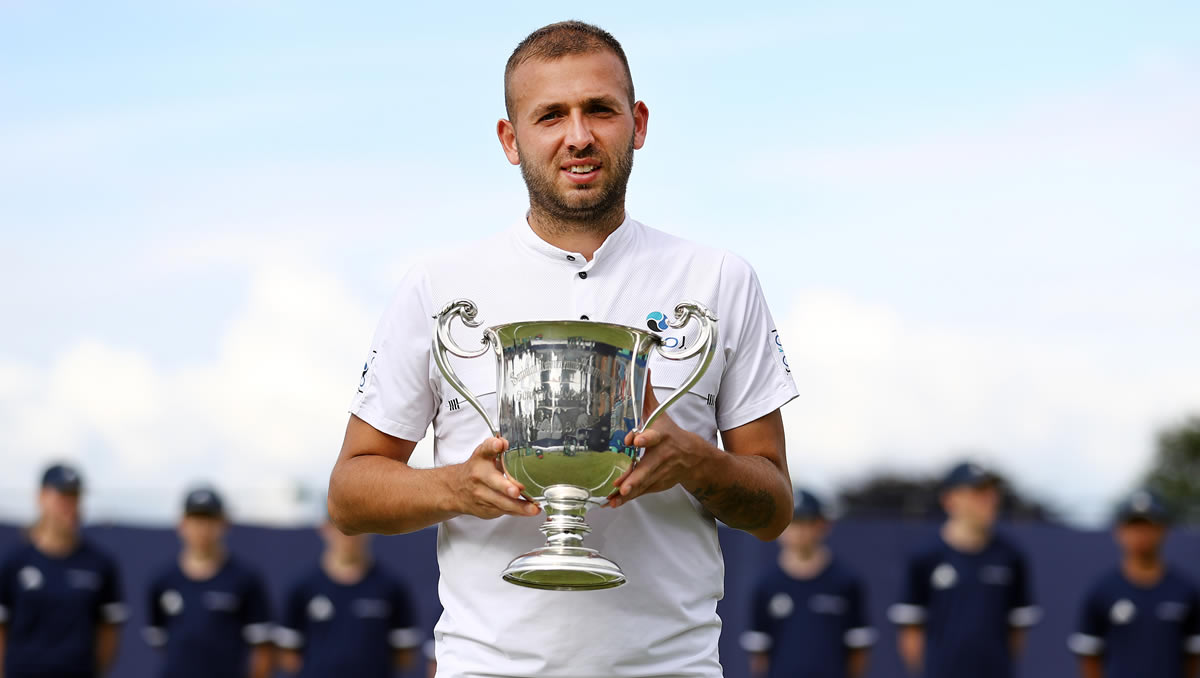 Great Britain’s Dan Evans has lifted the trophy at the LTA’s Surbiton Trophy, defeating Viktor Troicki 6-2, 6-3, in a rain-interrupted final on Sunday.

Seeded four, the third-ranked British man was in impressive form from the outset, racing to a 3-0 lead in the opening set and breaking again before clinching the first set in 31 minutes.

Following a rain delay, he started the second set in much the same way, leading 3-0 before his opponent got a game on the board. The Serb, a former world No12, fought back to 3-3, but again Evans proved too good, easing to a straight sets victory in 72 minutes.

“It’s a great start to the grass court season.

“Viktor seemed a bit flat and I got on top early—I could have been even more clinical in the second set. It was a tough match and I am just grateful to get those in and come through a few with no injuries.

“I lost to Jeremy Chardy here last year and Dustin Brown before that, so this was good. The quality and competition is always high at this tournament.”

Evans began 2019 ranked 192, but came through qualifying at the Australian Open to reach the second round, made the final of the Quimper Challenger, and then made a strong run to only his second main-tour final in Delray Beach. Including qualifying, he won six matches in the tournament, including a semi win over John Isner, before losing out to Radu Albot in a final-set tie-breaker.

Evans went on to make the semis of the Indian Wells Challenger, and qualified for the Indian Wells, Miami and Rome Masters. His win in Surbiton takes him to 70 in the rankings.

The Briton is the top seed at the Nature Valley Open in Nottingham this week, where he will open against either Yunseong Chung or Jack Draper. The 17-year-old Draper was runner-up in the boys singles Wimbledon Championships last year.