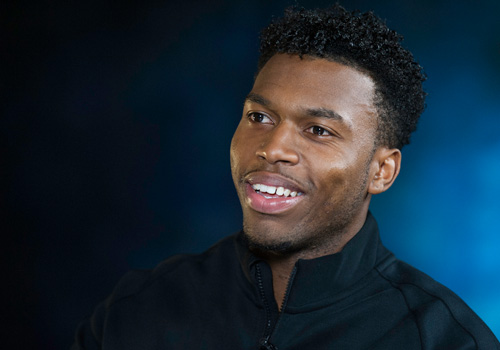 Daniel Sturridge has helped to restore Liverpool’s confidence following his return from injury, according to Robbie Fowler.

The 25-year-old striker has scored two goals in four appearances in all competitions after the England international returned from a five-month injury lay-off in early February.

His movement, touch and vision are very good. We’re noticing the difference

Sturridge, who scored 21 times in 29 top-flight games last season, has helped Liverpool maintain their unbeaten run in the Premier League as Brendan Rodgers’ side look to finish in the top four.

Speaking ahead of Liverpool’s clash against Besiktas in the first leg of their last-16 tie at Anfield, Reds legend Fowler discussed Sturridge’s impact since his much-anticipated return from a calf problem.

“Daniel comes in and straight away he looks as though he hasn’t been away,” Fowler told Liverpool’s website.

“I sort of knew he would come back into the side firing, because I think back to the start of last year – he missed a lot of pre-season and came in and scored goals straight away, without having the pre-season training behind him.

“His movement, touch and vision are very good. We’re noticing the difference, when the ball gets to the box, we’re a little bit more confident now of getting a shot away or making the ‘keeper work.

“You’re only as good as the team around you and we’ve got to give the other players a lot of credit as well. It’s all well and good Daniel making the runs and movement, but you still need the players behind him to find the runs that he makes.

MORE: Sturridge: Playing in Europe with Liverpool is massive

“Everyone is helping each other out; the fact that he has come in makes it a little bit easier for the lads behind him to find that pass or cross.”

Rodgers was forced to push Raheem Sterling into a striker role during Sturridge’s absence due to the poor form of summer signings Mario Balotelli and Rickie Lambert.

Liverpool face top-four rivals Southampton at St Mary’s on Sunday before a return trip to Istanbul for the second leg of their Europa League tie.