Russian is first player not named Federer, Nadal, Djokovic, Murray to occupy No2 since 2005 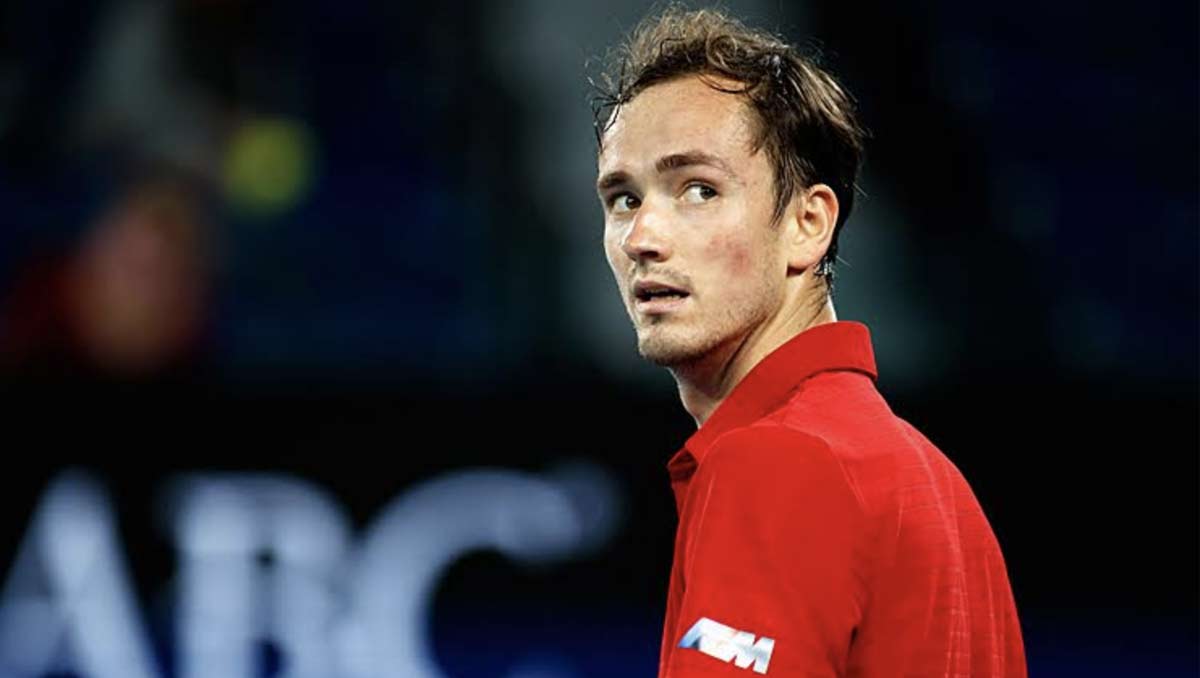 It has been talked of for years, of course, the question of when a new generation will break up the 17-year ranking dominance of Roger Federer, now age 39, Rafael Nadal, age 34, Novak Djokovic, 33, and Andy Murray, also 33.

No other player has managed to break the stranglehold of these men at the top of the ranks since Federer first claimed the No1 ranking in February 2004.

But perhaps even more notable is that no-one else has even reached No2 since Lleyton Hewitt was overtaken by the then 19-year-old Nadal in July 2005.

Federer and Nadal kept their vice-like grip on the top two places until Murray briefly reached No2 in August 2009, then Djokovic rose to No2 in February 2010, and from that moment on, the quartet has brooked no other intrusions—until now.

Certainly a good few names promised to break up this extraordinary dominance by reaching No3: Ivan Ljubicic, David Ferrer, Alexander Zverev, plus a few more who did so on the back of that other measure of excellence, a Major title. Stan Wawrinka, Marin Cilic and Juan Martin del Potro all reached No3, too.

The most recent man to threaten was, in fact, the newest addition to the Major club, Dominic Thiem. He rose to No3 a year ago, and after becoming the first new Major champion in six years, he was within touching distance of Nadal at No2 in the weeks between last year’s US Open and the ATP Finals.

However, once he fell short of the finals at Roland Garros and the O2, the chance slipped away. But the threat to the ‘old order’ remained alive, even if it came from another direction—from Russia.

The 25-year-old Daniil Medvedev arrived at the top table a little later than some of his rivals. He was not ranked high enough to be seeded at a Major until the Australian Open of 2019, a little before his 23rd birthday, and did not win his first title until three years ago. But his has enjoyed a steady and impressive rise ever since. By the end of 2018, he had three titles, and then the unconventional tennis and personality of Medvedev hit 2019 with an outstanding run through the summer and autumn

He won two Masters from three straight Masters finals and came within touching distance of the US Open title in a five-set thriller against Nadal. Along the way, he beat Djokovic in Monte Carlo and Cincinnati, and reached No4 to qualify for his first ATP Finals.

By the time he played—and won—the London finale in 2020, his star had risen still further, even in that abbreviated season of just six months: the semis at the US Open was soon backed up by an unbroken streak through the Paris Masters and the ATP Finals.

That made six top-10 wins in the space of a month, including Djokovic and Nadal in the same tournament: a rarity in itself. Now he was aiming to do something even more rare: a sweep of the top three men in a single tournament. Sure enough, in beating Thiem in the title match, the Russian became just the third man to do it since 1970.

By now, of course, the eye-catching style of the tall Russian had captured the attention of fans and pundits alike: He has a big, fast game, full of attack but also backed up by defensive speed, and all managed by one of the smartest brains on a tennis court.

And so to 2021, launched from a platform of No4 in the world and a run of 11 top-flight wins. He pounded through four more big names to lift the ATP Cup with another Russian making his own surge through the ranks, Andrey Rublev.

Medvedev continued through to the Australian Open final, reaching a tally of 21 straight wins, before falling to Djokovic—though he still claims the distinction of scoring three wins from his last five matches against the world No1.

His Melbourne efforts took him to No3, like many men before him, and once Nadal pulled out of Rotterdam to nurse a back problem, Medvedev only had to reach the final of the Dutch 500 event to seal No2. However, he lost in the first round: His campaign would have to wait—but not for long.

Medvedev headed to Marseille and emerged the champion with his 10th title—and that No2 ranking. That he did so with a title made the moment all the more sweet, for it is sometimes the case that rankings are determined by the wins and losses of other players rather than one’s own.

As he said after his 14th match-win of the season:

“I am really happy. I knew that I would become No2… [but] it is always better to step up the rankings when you do something great… It is great for the self-esteem that just before becoming No2 on Monday, I win a tournament.”

What is more, Medvedev has room to make up a lot of points in the coming weeks and months. First it will be the Miami Masters, where he made a fourth round exit at its last playing in 2019. Then he will have the chance to test his abilities on two surfaces where he has yet to win a title.

On clay, he lost in the first rounds of his last Madrid and Rome Masters, and he has never won a match in four visits to the French Open.

On grass, he has yet to get beyond the third round at Wimbledon though he did make the semis at Queen’s in 2019.

In contrast, Nadal, now ranked No3, can increase his points tally very little through the imminent clay swing.

It is most likely, then, that it will be Medvedev who chases the near-impossible target of Djokovic at the top. The Russian is a fraction over 2,000 points short of the mighty Serb as they head to Miami, but if he is to become the first man since Andy Roddick more than 17 years ago to rise above Djokovic, Federer, Nadal and Murray, he will have to find the formula to winning on those other surfaces.

And he will also, incidentally, have to keep beating the chasing pack, the likes of Thiem and Zverev, of Stefanos Tsitsipas and—not least—compatriot Rublev.

For the younger Russian won more titles and more matches in 2020 than anyone else, and is already 13-2 to the good this year, with a share of the ATP Cup, a quarter-final finish at the Australian Open, and victory in Rotterdam. Little more than a year ago, he was ranked 23, and two years ago, he was outside the top 100 as he came to terms with a stress fracture. He is now at No8, and closing in on a top-five place. And for what it’s worth, he is still only 23 years old.