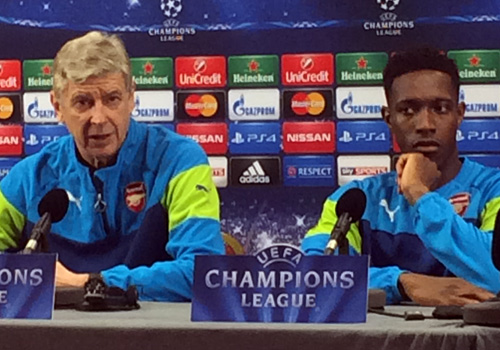 Danny Welbeck says his Arsenal team-mates haven’t discussed their past failures in the Champions League ahead of their last-16 clash against Monaco on Wednesday night.

The Gunners have made an early exit from the competition at the current stage in the past four seasons, including losing to eventual 2011 champions Barcelona and 2013 winners Bayern Munich.

However, the north London side can take confidence from their good record against French opposition, having only lost twice in 16 Champions League meetings, while Arsene Wenger’s side have remarkably never lost in France.

Welbeck is new to the Arsenal set-up following his £16m summer switch from Manchester United, and when asked if he had discussed the Gunners’ recent misfortune in Europe, the striker replied: “Not really.

“It isn’t something that comes into discussion. Once we’ve finished one game, we just look ahead to the next one – that is the most important thing.”

“You can’t be looking to the past,” Welbeck continued as he spoke to the media at London Colney ahead of the Monaco clash.

“It isn’t about making things right and learning from that experience and taking it into the next game.

“Heading into the next game, everyone is confident that we can win it.”

The Bulgarian played against Arsenal in seven north London derbies for Tottenham (2006–08), scoring once and winning just once – a 5-1 home triumph in the 2007-08 English League Cup semi-finals.

Chelsea boss Jose Mourinho: Why England is paradise for me