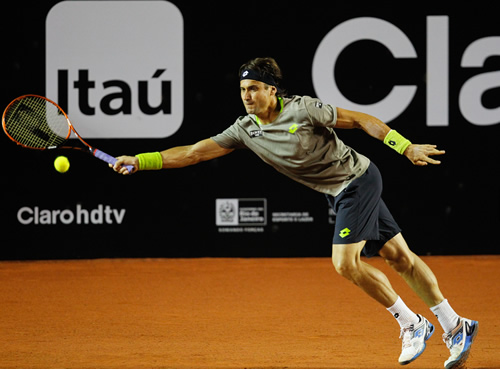 David Ferrer has announced that he will play at the 2015 Rio Open next February.

The world No10 joins Rafael Nadal in confirming his place at the second edition of the ATP 500 Brazilian tournament.

Ferrer was the second seed at the 2014 Rio Open and beat Brazilian Thomaz Bellucci in the quarter-finals, before losing to Ukranian Alexandr Dolgopolov 6-4 6-4 and missing the chance of a rematch of the 2013 Roland Garros final with Rafael Nadal.

Nadal went on to win the tournament and has already confirmed that he will be back to Rio in 2015.

“I am very excited to return to the Rio Open next year,” said Ferrer, who reached a career high ATP ranking of number three last year and has 21 singles titles in 46 finals played.

“This tournament is extremely well organised, Rio de Janeiro is beautiful and the atmosphere created by the public makes the Rio Open one of the most remarkable tournaments of the year to me.”

Tournament director Luiz Carvalho added: “It is a great pleasure to have Ferrer back at the Rio Open. It is our second big star confirmed, along with Nadal, he is a Roland Garros runner-up and he has been in the top ten since 2010.

“No doubts that he is one of the greatest examples of longevity, determination and resilience.”