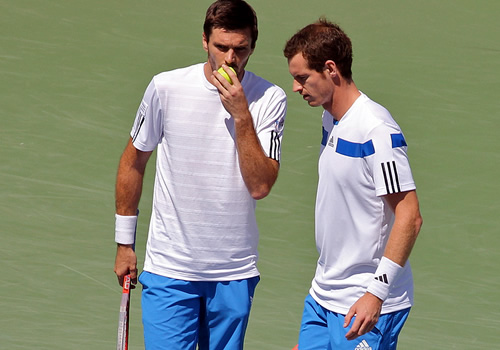 Great Britain stand on the verge of returning to the Davis Cup World Group at the expense of Croatia – and Andy Murray is confident of delivering the win that gets them there.

Murray shrugged off concerns over a back injury to join forces with Colin Fleming for Britain’s double tie against Ivan Dodig and Mate Pavic in Umag.

Murray could give Britain an unassailable lead when he faces Dodig in the first of Sunday’s two reverse singles matches and he appears confident of doing just that in Umag.

“Colin played exceptionally well, bar a couple of points in the third set, and we dominated the majority of it,” said Murray.

“It definitely helps (playing Dodig). You get a feel for the return and I returned his serve fairly well. I felt I got a pretty good read of it which will hopefully help tomorrow.”

Britain were last in the Davis Cup World Group in 2008 and doubles specialist Fleming hailed Murray’s impact both on and off the court against the Croatians.

“His returns are phenomenal. He’s a great player,” said Fleming. “He’s able to figure things out during the match, knows when momentum is swinging, and it’s great to have him in the team.”