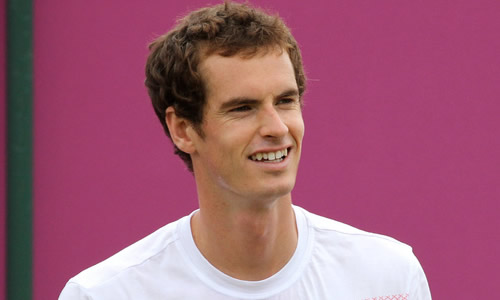 Andy Murray has contended with poor weather, a tough schedule and sickness, as well as a vociferous away crowd on the surface that he finds the most challenging—clay is yet to yield the Briton a title.

And through it all, he has taken Great Britain to a commanding lead in the Davis Cup quarter-finals.

Murray missed the pre-draw press conference to nurse a stomach virus, and then he played his first singles rubber so late in the day—rain having delayed play for two hours—that his match was halted for poor light at 5-5 in the second set.

That meant Murray was back on duty mid-morning to complete his rubber against the considerable tennis and fighting spirit of Andreas Seppi. And while the court may have been built against the most stunning back-drop of the quarter-finals, its surface was a challenge in itself.

The heavy, damp clay had needed constant running repairs throughout the opening day to fill dangerous gouges in one corner, and despite further early-morning repairs, it still caused an awkward fall at the very start of Saturday’s proceedings as Murray’s foot caught a huge divot.

However, it was Seppi who, having failed to convert four set points the night before, started the more tentatively, and Murray broke in the opening game to serve out the set, 7-5.

That done, and now with a two-set lead on the scoreboard, Murray had to refocus very quickly after a gutsy Seppi broke him in the fourth game for a 3-1 lead. But the Briton increasingly played at a higher level than Seppi, he immediately broke back, and advanced with ease to a 6-3 victory after just 75 minutes on court.

That levelled the tie at 1-1, but the question now was whether Murray would also take on doubles duty with old friend Colin Fleming.

The announcement came quickly: Yes he would, and with good reason. The pair may not have played together very often but their final finish in Montreal last summer showed that they gelled very well.

Italy, too, adjusted its scheduled doubles line-up to bring in their top man, No13 Fabio Fognini with Simone Bolelli.

Now with sun shining and the British fans in fine voice, Murray and Fleming started well and got even better, playing some very fine tennis to race to a two-sets lead, 6-3, 6-2, over a flat-looking Italian pair.

With four break point chances for an early break in the third set, though, the Britons failed to make the deciding kick for home. Italy held, and that gave them a big surge of adrenalin. Fognini turned on his charismatic tennis and Bolelli, a former world No36 who, sidelined with injury, had plummeted to No364, responded.

They dominated play during the rest of the set, taking it 6-3, as well as into the fourth set. But the Britons maintained their level, stayed focused and stayed calm. When the Italians briefly floundered as they attempted to serve out the set, Murray and Fleming pounced to break not once but twice to take a hugely important win, 7-5, after three hours of see-sawing drama.

Now with a 2-1 lead in the tie, Murray is on the brink of taking Team GB to the Davis Cup semis for the first time since 1981. He will play Fognini, and the two men have shared their previous two meetings. But while the Italian has been in good form this season, winning 19 of 25 matches on the tour, he has alternated flashy brilliance with severe dips in form during this tie. And judging from the standard of Murray’s tennis since he came to Naples, such fluctuations will not be good enough to draw Italy level on Sunday.

Should Fognini pull off an unexpected win, however, it will come down to James Ward against Seppi in the concluding rubber.

Whether it be Italy or GB who succumbs, the winner will take on either Switzerland or Kazakhstan come the semis in September. For against expectations, the Geneva-based tie will not only go to a third day but will require the two highest-ranked men in the quarter-finals, Roger Federer and Stan Wawrinka, both to win their singles rubbers.

The Olympic gold medallists from 2008, the Swiss dream-team, were expected to take control of the doubles rubber—and they needed to if they were to enter Day 3 with the lead after Wawrinka lost his opening singles match.

However, the pairing of Andrey Golubev and Aleksandr Nedovyesov, competing together for the first time in Davis Cup, played vastly superior tennis in the first two sets to take advantage of the tense Swiss duo.

Federer dropped the opening game of the match, and that was enough to concede he first set, 6-4. Then the second set became a catalogue of errors—particularly from a wayward Wawrinka who seemed increasingly at sea as the set went on.

Having made a break in the sixth game, the Swiss were broken back when serving for the set. Time and again Wawrinka mis-timed volleys and the confidence visibly drained from him as the concluding tie-break drifted out of the Swiss grasp.

Federer and Wawrinka took an off-court break, and when they returned, it was certainly with renewed vigour. They broke in the fifth game and this time held strongly to take the set, 6-4. But the Kazakhstan pair continued to play near flawless tennis, serving and returning strongly. Golubev in particular was outstanding, and they held the advantage in the fourth set all the way to a tie-break. And despite the Swiss taking a 3-0 lead, the visitors continued to pressure, defending a set point, and served out the match at the first attempt, 7-6(8). They advance into the final day with a 2-1 lead.

Kazakhstan are seeking a place in the semi-finals for the first time in history, and will be buoyed up not only by their success so far in Geneva but by their 5-0 whitewash of Switzerland in their only previous meeting in 2010. Back then,
their top player, No56 Mikhail Kukushkin beat Wawrinka in five sets. Should Wawrinka reverse that result on Sunday, Federer will face Golubev to decide the tie.

Two-time defending champions, the Czech Republic, have already reached the semi-finals after taking an unassailable 3-0 lead over Japan. They will play either France or Germany after the home French nation pulled back one rubber in the doubles.

Top Frenchman Jo-Wilfried Tsonga will have to force a deciding fifth rubber by beating Tobias Kamke in Sunday’s reverse singles. If he does, Julien Benneteau and Peter Gojowczyk will play for a semi-final place.