Davis Cup 2014: Roger Federer, Stanislas Wawrinka and Andy Murray are all in action this weekend 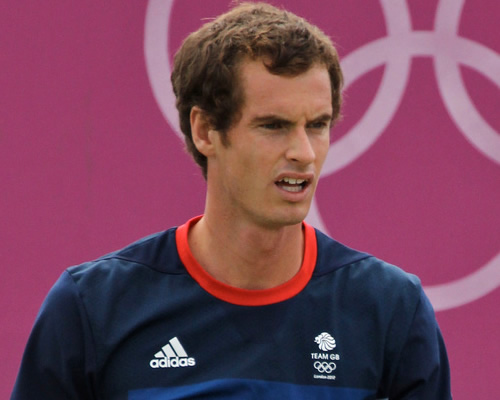 Andy Murray is due to be in action for Great Britain Photo: Marianne Bevis

There are surprises at every turn in this year’s Davis Cup quarter-finals, and those surprises are ensuring that tennis fever takes an ever stronger grip on international sporting headlines.

The most prolific winner of this century, Spain with five titles from seven finals, is no longer in the running.

The 2010 champion and runner-up last year, Serbia, also fell in the first round.

The most familiar names in Davis Cup history—the USA with a record 32 titles and Australia with 28—are nowhere to be seen.

Indeed among the eight remaining nations taking to court this Friday to seek a semi-final place, only one has taken the title in the last decade, while three are in pursuit of their first ever Davis Cup.

The “one” is defending champion and top seed, the Czech Republic, yet within its line-up this time there is the next surprise. For its backbone through two successful campaigns in 2012 and 2013, the world No5 Tomas Berdych, has opted out of the tie to make a further push in one of his most successful ever starts to a season.

The good news for the Czechs, if injury can ever be called good news, is that opponent Japan is also missing its key weapon. Having broken new ground with its first quarter-final, thanks in large part its young star Kei Nishikori, Japan has lost its leading man with injury. As if that was not enough, Go Soeda, Japan’s No2, has been sidelined by a fever.

The next highest ranked nation in the quarters, nine-times champion France, is another to start without its top-ranked man: Richard Gasquet is also sidelined by injury. Indeed France will play only three of its nine top-50 men—with No50 Julien Benneteau the second singles nominee.

But if France is lacking a little of its usual punch, its quarter-final opponent Germany is a mere shadow of the nation that stormed through Spain in the first round, with all three top-30 players injured: Tommy Haas, Philipp Kohlschreiber and Florian Mayer. Only one of Germany’s eight top-100 players will compete, the No96 Tobias Kamke. France therefore still looks certain to advance.

That, then, is the top half of the draw: four nations all without their top players but with the top remaining seeds, the Czechs and French, favoured to advance.

The bottom half of the draw could not be more different.

It’s almost 40 years since Italy won its single Davis Cup and almost 80 years since the glory days of the 1930s brought Great Britain the last of its nine titles. Now both teams will go head-to-head lead by their top players: World No13 Fabio Fognini and No8 Andy Murray respectively.

The other tie brings even more star power to the table, but in something approaching a David-and-Goliath encounter. For though neither Switzerland nor Kazakhstan has ever won the title, Switzerland has rarely looked such a towering force on the Davis Cup stage—especially with Rafael Nadal’s Spain and Novak Djokovic’s Serbia out of contention.

The Swiss team, indeed, boasts the two highest-ranked players in the quarter-finals, world No3 Stan Wawrinka and No4 Roger Federer, in what looks like a determined campaign to strike off two big records in one sweep: Switzerland’s first Davis Cup, and the last remaining trophy missing from Federer’s resume.

It’s hard to see how Kazakhstan, who’s best player Mikhail Kukushkin is ranked 56th, can bring a serious threat to the Swiss surge, not least because of the 2014 form that the Federer-Wawrinka duo brings to the table.

Federer has recaptured much of his 2012 magic after struggling with back injury and a slip in the rankings during 2013. He will take to court in front of an adoring home crowd with 22 wins, the Dubai title and a final finish in Indian Wells.

As for Wawrinka, he translated his prodigious power and talent into a first Grand Slam title in Australia, opening 2014 with an unbeaten 14-match run and beating no less than Nadal, Djokovic and Berdych back-to-back in Melbourne.

Add to the equation that Federer and Wawrinka, Olympic gold medallists in doubles, have opted to play the doubles rubber, too, and the tie could be done-and-dusted in two days. And they have, not surprisingly, become strongly tipped to win the trophy.

Few though, even beyond their home borders, would begrudge the two such an outcome.

Wawrinka has made no secret of his desire to win this patriotic trophy:
“There is one goal that I have since many years: It’s the Davis Cup. Now Roger is playing, so we know that we are a strong team to do something. We’ll need to be careful, but we have a good chance to make a big result this year.”

Federer, too, has long shown his commitment to Davis Cup, though it has often been unrecognised. But since playing his first tie in 1999, Federer has played at least once every year except for 2010 and 2013. Both those ‘misses’ followed particularly demanding seasons—the former achieving his first French Open-Wimbledon double followed by the birth of twin daughters, the latter comprising six titles with back-to-back Wimbledon title and Olympic silver. As Swiss daily Tages Anzeiger reported at the end of 2012: “After the demands of Olympic year, Federer seeks to plan intelligently with a view to extending his career as far as possible.”

Even so, as Federer embarks on the 23rd tie of his career, he is head-and-shoulders above every other player in the quarter-finals in Davis Cup matches, and equalled only by Berdych and Jurgen Melzer among fellow active players.

Should Switzerland reach the semis, Federer will probably go on to top the Davis Cup list—as he has done so many others—but note before he and Wawrinka face tougher questions.

For great as the Swiss incentive is, the British one is also hugely significant. Having been the first Briton to win Wimbledon since Fred Perry, Murray could also be the first to lead his nation to the Davis Cup since Perry in 1936.

And although this week’s tie will be played on the Italians’ preferred clay, there is a question-mark over the fitness of Fognini, who carried an injury last week in Miami. Murray, according to reports during the draw today, is also not 100 per cent: He has a stomach bug. But all things being equal, Murray has a more than decent chance of beating both Fognini and the Italian second-string Andreas Seppi.

James Ward, who played such a vital role in the first round by beating Sam Querrey in five sets, will play No2 to Murray, but it could be the strong pairing of Colin Fleming and the returning Ross Hutchins that makes the key difference after three days.

Victory for GB would bring a semi place for the first time since 1981, plus the chance of taking on the glamorous Swiss team on home soil. And that really would be a high-stakes contest.

THE QUARTERS IN A NUTSHELL