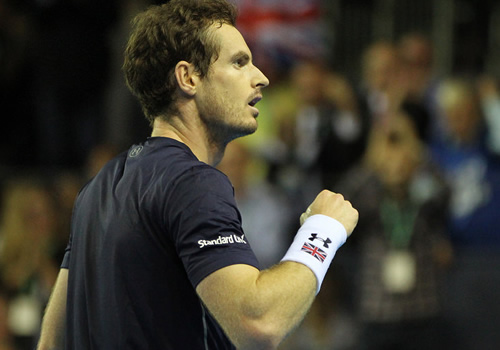 The International Tennis Federation and investment group Kosmos, the financial muscle behind the revamp of the Davis Cup in 2019, have awarded its two wild cards into the World Cup-style Davis Cup Finals to Great Britain and Argentina.

Both nations won their World Group play-offs earlier this month to earn one of the 12 seedings in the Qualifier Draw of the Finals next February, but will now progress straight to the 18-team week-long Finals next November.

There, GB and Argentina will join this year’s four World Group semi-finalists, Croatia, France, Spain, and USA, along with the 12 winners from that Qualifier Draw on 1-2 February 2019.

Those 18 nations will compete in six round-robin groups each comprising three teams, with each tie comprising two singles and one doubles match, all played on one day. The six group winners, plus the two second-placed teams (based on sets and games) will go through to the knock-out quarter, semi and final stages to determine the Davis Cup winners.

Both GB and Argentina are recent champions, in 2015 and 2017 respectively, and both are currently ranked within the top five nations.

The choice, however, leaves the No4-ranked Belgium, a member of the Davis Cup family since 1904 and runner-up in both 2015 and 2017, as the only top-seven nation left to fight for qualification.

“We are grateful to the ITF for awarding us a wild card entry into the 2019 Davis Cup Finals. Although we didn’t vote for the Davis Cup reforms, we have always said we will support the ITF whatever the outcome of the vote and it’s our job now to get behind the competition and make it a success.

“On behalf of the team we would like to thank the ITF for the wild card… Our Davis Cup record over the last few years is something we are all very proud of, and our ranking amongst the top five nations in the world shows our commitment to the competition.”

Argentina and GB were replaced as seeded nations for February’s Qualifier Draw by Australia and Switzerland, who are the highest-ranked unseeded nations—Nos 9 and 12—that lost in the World Group play-offs earlier this month.

Draw for the 2019 Qualifiers, showing seedings plus (home):

· The one-week event will feature 18 teams: 12 qualifiers, the previous year’s four semi-finalists, plus two wild card nations. Wild cards must be ranked in the top 50, or have at least one player ranked in the ATP top 10.

· Nations will be allowed to nominate up to five players.

· The six group winners plus the two second-placed teams with the best records based on sets and games will go through to knock-out quarter, semi and final stages.

· The 12 teams that finish in 5th to 16th position will compete in the Qualifier Draw the following February with the 12 promoted Zone Group 1 teams, comprising six from Europe/Africa, three from Asia/Oceania, three from Americas (ties played home and away). Ties will comprise four singles and one doubles match played over two days.

· Venue: It will be “hosted in a world class European location.” In the first two years, that is either Lille or Madrid, on three hard courts.

· Draw to determine the composition of the six groups at the Finals will take place at least five months before the event.

· Six nations will be seeded; the top two will be the finalists from the previous year [France and Croatia], and seeds 3-6 will be determined by the Davis Cup ranking at the time of the draw; Teams ranked 7-12 are placed in the second spot in Groups A-F, with 13-18 being drawn into the third spots.

Laver Cup 2018: Federer and Djokovic bond on and off court amid post-victory Europe euphoria