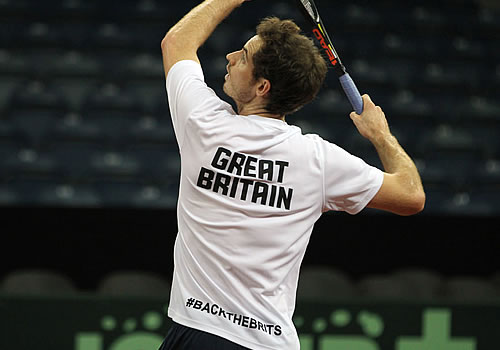 The clues seemed to be there, in the vast echoing chamber that hosts the stage for the last big title of the tennis year. As the Davis Cup final beckons, Andy Murray was practising for all he was worth against an equally intense Kyle Edmund.

Both looked focused, both seemed to striking the ball cleanly, both ready for the call when it came—as it would in about an hour’s time.

Great Britain’s Davis Cup captain Leon Smith had until an hour before the draw of this three-day jamboree that launches in Ghent in a day’s time, and that hour was fast approaching.

There was, of course, never any doubt about Murray’s place. After all, he had already played eight out of the nine rubbers Great Britain has won in 2015. Should he win another three this weekend, he will become only the fourth man in a single Davis Cup year to win 11 rubbers and only the third to achieve an 8-0 singles win-loss record since the introduction of the World Group in 1981.

And certainly Murray’s commitment to his team’s success has been exemplary.

Through GB’s journey to this historic bid for history—the nation’s first Davis Cup victory since 1936—he has more often than not played three days back-to-back, both singles and doubles, a task made all the harder by his personal achievements in this sport.

This year, for example, he ends the season as world No2 for the first time after winning two Masters among four titles and reaching the final of two more Masters and the Australian Open—and that aside from making the semis at Wimbledon and the French Open.

That last is particularly noteworthy, since it came on the back of his best clay season—one of his Masters was on Madrid’s clay—after years of failing to win a title on his most troublesome surface. That turn-around could not be more timely, for this final would be played on indoor clay.

But what of GB’s No2 nomination? A number of different singles players had taken a part in getting the team this far.

James Ward, currently ranked No156, ended October with two good Challenger events, a title and a final run, but won just a single match in two subsequent clay challengers. However, he played a vital role in this year’s first round against the USA, beating John Isner 15-13 in the fifth set. 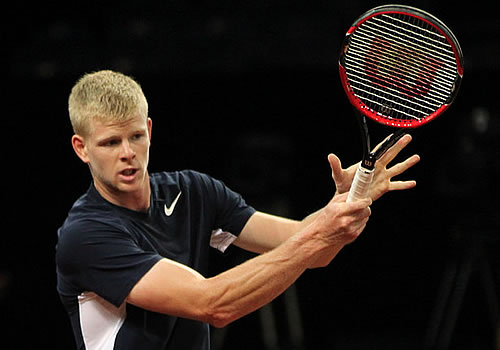 Come the semis against Australia, and captain Leon Smith selected Dan Evans, now at 183 in the rankings, but back in September he was on a near flawless Futures and Challenger run. He failed to score against the strong Australians, and so this time, he was not among Smith’s nominees.

The competing nominee, though, was the fresh face of 20-year-old Edmund, newly in the top 100 and offering the bonus of a clay Challenger title in Buenos Aires less than a fortnight ago. He it was who was drilling on the clay with Murray in preparation for his first live rubber for his country.

Sure enough, by the time the tennis balls containing the key names had been shuffled around the huge Davis Cup itself, the news was out: Edmund would make his debut in the biggest tie to be played during the lifetime of any of GB line-up. And as the Belgian No1 David Goffin, ranked 16 and no mean clay player, was pulled out first, that meant Edmund would be the first Briton to take centre stage in front of 12,000 Belgian fans and just a 1,000 or so Britons.

But Smith was also keeping his options open for final Sunday. Out went one of GB’s best doubles players in the shape of Dominic Inglot to make way for Ward, an extra singles player should Smith wish to make changes before the final two rubbers.

That in turn confirmed that the doubles rubber would be played by the Murray brothers, who made such a statement in a five-set effort against Australia in Glasgow in September.

As Smith put it: “There was no way that Andy and Jamie wouldn’t be playing this rubber. They’ve played with such quality in the last two ties. So as soon as we made that decision, it’s much better to have more singles options because who knows what happens over the next couple of days. It’s good to have options for Sunday.”

It was not just GB who opted to change its singles line-up for the final. Belgium selected 27-year-old No108 Ruben Bemelmans in place of No84 Steve Darcis—perhaps a surprise given that he had not won a match this year on clay at any level of the tour, and that Darcis had won four singles rubbers en route to the final.

But the 31-year-old Darcis suffered an ankle problem during October, and so was switched to doubles duty in favour of Bemelmans.

For the Belgian second string, it was as big a call as for the British No2, though Bemelmans pointed out afterwards that he knew rather more about Murray’s game than the reverse.

Andy Murray indeed admitted that he had spent precious little time either playing or practising with any of the Belgian team, even the talented Goffin: “I know [Bemelmans’] game a bit, but actually I don’t know the Belgian players that well because I’ve never played against any of them except Goffin, and I only played him one time.”

In fact, Murray had played and beaten Goffin twice, in Paris last month for the loss of just one game, and last year at Wimbledon in straight sets. But he continued:  “It’s quite a strange situation to be in. Whoever had played the first day, I would never have practised with them or played against them.”

The scouts had, of course, been out during practice session at the Flanders expo, so Murray was neither surprise nor concerned: “We’re not that surprised. The last couple days obviously Leon and the coaching team have been watching their practices. That [choice] was kind of what we thought was going to happen. So it’s good that we were prepared for that.”

Even given Murray’s record over Goffin, the young Belgian, one of the more recent players to break into the top 20, is not to be under-estimated: He has won his past six Davis Cup matches, and his only loss on clay was in five sets against Serbia’s Viktor Troicki back in 2013. He also did not close the door on playing the doubles rubber, if required

“I think I’m going to play the first match on Friday and then we’re going to see after the first day. Everything is possible. Physically I’m fit to play every day. But we’re going to discuss it all together.”

The atmosphere in this cavernous arena, packed with a Belgian crowd out to encourage their players to even more history than the British—and the home team has never won the title in more than century of playing in the tournament—is sure to have an emotional impact. It is not just Brussels that is reflecting the impact of last week’s terrorism: Ghent’s streets have been falling empty unusually early this week.

But the British will surely be favourites, and based on this year’s heroics, the Murrays will have it no other way.

Also in the squad for GB is James Ward. Doubles nominations on Saturday and singles nominations for Sunday can be changed up to an hour before start of play.