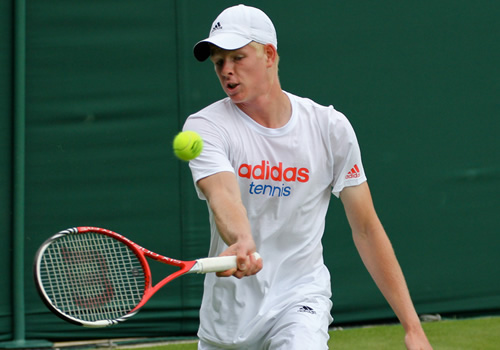 After days of speculation, GB Davis Cup captain Leon Smith, has announced the British line-up to take on Belgium in the final at the end of November.

The speculation surrounded a number of issues, not least the appeal by British No2, Aljaz Bedene, who currently stands at a career-high ranking of 45, for permission to play for GB.

Bedene, who has lived in the UK for a number of years, played in Davis Cup for Slovenia before gaining British citizenship in March. A rule change on eligibility introduced by the ITF now prevents a player from representing different countries, but Bedene has appealed on the basis that his application pre-dated the rule change.

Smith’s announcement comes on the day of that hearing, and just days after 20-year-old Edmund beat Carlos Berlocq to win the Buenos Aires Challenger tournament, his third Challenger title of 2015. The victory was significant on two fronts: it took Edmund back inside the top 100 at 99, and it affirmed his form on clay, the surface chosen by Belgium for the Ghent final venue.

However Dan Evans, who was a late addition to the squad for GB’s tie against Australia in September, also won the Challenger in Knoxville, Tennessee at the weekend, but has thus far been sidelined in favour of Ward.

Of his selection, Smith told the LTA: “Our GB Davis Cup team is proud to be competing in the final in Ghent this year. It is an historic ‎moment in British tennis and I’m delighted to name these five players for the tie against Belgium. Andy has led from the front throughout this campaign, showing time and again what it means to him to pull on the GB jersey. He shows determination, commitment and passion that inspire the other British players on the bench and our fantastic fans in the stands.

“The team has had some incredible results this year… however we will ‎not underestimate the challenge in front of us. The Belgian team is full of top 100 talent and they will push us all the way.

“While our team will be spearheaded by Andy, the other guys give us strong options in both the singles and the doubles positions.

“Jamie is having an outstanding year and is firmly established as a top 10 world ranked doubles player‎. He has played a key part in our ties this year with vital wins against both France and Australia partnering Andy. [NB, Jamie is also playing at the World Tour Finals this week with Australian John Peers.]

“In James, we have a player who really gets the Davis Cup and has had several big wins over the last few years against top 100 players in this competition.

“Kyle has had a very good year on the tour, breaking the top 100 for the first time and qualifying at both the Australian and French Opens.”

Andy Murray said ahead of his first match on the hard courts of the World Tour Finals, having practised on clay between London and a final run at the Paris Masters: “I think it’ll be tough in Belgium for sure. Obviously their fans will be very loud but hopefully we’ll have a lot of support travelling there, and it’s our job to give them something to shout about.

“This week the preparations have been tricky, obviously, with the preparation being mainly on the clay but it was never going to be easy. But it is a good situation to be in. I would have signed up to be here at the end of the year in comparison to last year and hopefully I can play some good tennis here and in the Davis Cup.”

This is the first time that GB has reached the final of the Davis Cup in 37 years, and it is almost 80 years since, led by Fred Perry, it won the title.

UPDATE: Aljaz Bedene will not be eligible to represent GB in the Davis Cup final after the sport’s governing body adjourned his appeal until March. The International Tennis Federation (ITF) said the hearing of the appeal would be adjourned until the next board meeting on 20-21 March, 2016, to “ensure the rights of all parties are to be considered”.

The Davis Cup by BNP Paribas Final will take place on 27-29 November at the Flanders Expo Centre in Ghent.