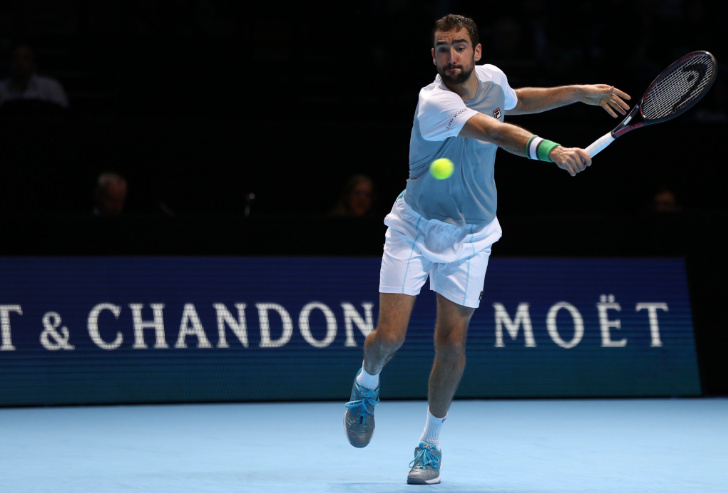 The Davis Cup proudly proclaims itself to be the world’s largest annual international team competition in sport.

From its first playing between just two nations, the USA and Great Britain, in 1900, it has gone on to involve, 118 years later, 127 nations. Yet this year, the Davis Cup final will be the last of its kind in the tournament’s history.

The last two teams standing in Lille this weekend, France and Croatia, earned their places in the familiar knock-out style, reducing the 16 World Group nations through three previous rounds to this title bout.

From next year, the first weekend in February will see 24 nations battle for 12 places in the Davis Cup Finals next November in Madrid. There, they will join this year’s semi-finalists and two wild cards in six round-robin groups of three teams, with the best eight teams continuing the week-long event into the more familiar quarter-, semi- and final knockout format.

But one of the members of this week’s French team, Pierre-Hugues Herbert, put into words to Reuters what many players and fans feel:

“They are killing the competition that has been here for decades, and for us, we see it as the last final.

“The next one will maybe have the same name, but will be something new and something we don’t know, but we will see what happens. It definitely feels like it’s the last one.”

There is, then, more at stake than usual, for those who have tasted Davis Cup ties, as fans or players, have always known this is a precious and uniquely patriotic tournament in tennis.

Venue worthy of the finale

Appropriately enough, perhaps, the huge indoor Stade Pierre Mauroy in Lille, can seat more than 26,000 fans, which is more than the vast Arthur Ashe Stadium at Flushing Meadows in New York, and almost 10,000 more than the O2 arena in London, where this week’s ATP finale has just been played. It was in this very arena that the biggest Davis Cup crowd ever assembled, when Switzerland beat France in 2014.

This weekend may see that record fall to an historic finale that places France, one of the oldest Davis Cup nations in the tournament, and one of its most successful, against a younger but highly successful nation, Croatia.

Yet while the home nation boasts nine top-100 players, and a clutch of former top-10 players, France will need every voice to lift its team to victory. Currently there are no French in the top 25 singles players, although there are two in the top 12 in doubles, former No1 and Major champions, Nicolas Mahut and Herbert.

Add into that scenario that its top three singles players are missing from the squad—Richard Gasquet, Gael Monfils and Gilles Simon—and that there are also some injury concerns over one of its most successful Davis Cup players, Jo-Wilfried Tsonga, and Croatia may rightly feel optimistic about their chances.

For in ranking terms, No7 Marin Cilic and No12 Borna Coric outstrip France’s No32 Lucas Pouille and No40 Jeremy Chardy. The Croats have been in particularly good form this year, and have proven hugely committed to their nation’s campaign: both men have played all three ties this year.

What is more, Croatia’s singles players, like the French, have solid backing from doubles colleagues in the shape of current No4 Mate Pavic, No28 Franko Skugor, and No35 Ivan Dodig, two of whom are doubles champions in Majors.

And in purely head-to-head terms, there is nothing to choose between the top two ranked nations, one win apiece. However, Croatia is the only team to have beaten France in captain Yannick Noah’s residency, in the 2016 semi-finals. Croatia when 3-2 after Cilic won three rubbers to seal the tie.

The last two Davis Cup finals have gone to a deciding rubber, first Croatia losing out to Argentina in 2016—in one of the most memorable ties of the decade—then France beating Belgium last year.

Fans around the world, and not just in France and Croatia, will hope this one goes the distance, too. It seems only right that the last playing of a two-nation final should be a humdinger.

Pierre-Hugues Herbert (No55 and 12 doubles)

· This is France’s third final in the last five years.

· France has won nine of its last 10 ties—the loss coming against Croatia.

· France has won six of its last seven clay ties.

· Tsonga is France’s most successful active player with 27 wins.

· Eight different men have played for France in 2018—Mahut is the only one to play every round; Tsonga has yet to play any.

Croatia: one title plus one final

· Croatia was the first nation to win the title unseeded (2005) since the introduction of the World Group in 1981.

· Croatia is bidding to extend its seven-tie winning clay streak.

· Croatia has won six of its last seven away ties.

· Cilic is Croatia’s most successful player, now ahead of Ivan Ljubicic in match-wins, in singles, 27, and overall, 37.

· Coric, age 22, has twice sealed victory for Croatia during their run to the final, most notably winning the fifth rubber in the semi-final against American Frances Tiafoe.