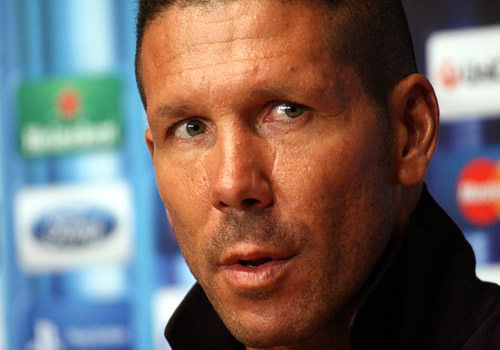 The Blues adopted a defensive game-plan to secure a goalless draw at the Vicente Calderon last week before securing a 2-0 victory at Premier League leaders Liverpool thanks to a brace of counter-attacking goals.

There is not one way of playing football. If we all played the same way it would be very boring

But Simeone refused to criticise Mourinho’s recent tactics, adding that football would be boring if every team adopted the same strategy.

“I’m a football man. I respect different ways of setting up your team in a football match,” Simeone told his pre-match media conference.

“It depends what you believe is a convenient way to set up your team and who you are playing.

“Football has a changing nature and no one has the truth of what is the best way of playing.

“It also depends on the manager, who spends a lot of time with his players talking about different tactics, set-ups and trying to resolve different problems that arise.

“It is important that the team and institution as a whole wins. There is not one way of playing football. If we all played the same way it would be very boring.

• Thibaut Courtois joined Chelsea from KRC Genk in 2011. He has made over 100 Liga appearances for Atletico and played in the 2012 Uefa uper Cup win against the Blues.