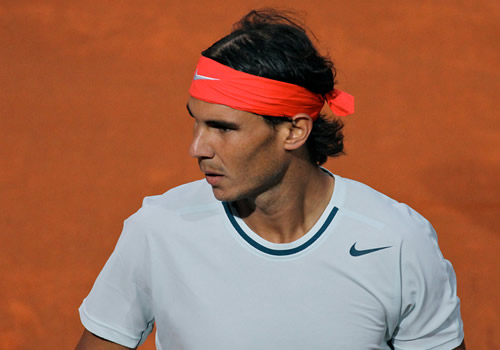 It is a sure sign that spring has arrived in Europe.

Bare trees are weighed down with blossom. The dark earth is suddenly vibrant with flowers desperate to outshine one another. Even the clocks have raced ahead by an hour to shed a little more evening sunshine about the place. And the tennis tour has begun to seek out its old stomping grounds, the burnt orange ones that burst into life along the warm coastline of the Mediterranean before edging, like the sun itself, northwards to some of the most elegant cities on the continent.

Yes, the baking hard-court swing that fills the first three months of the season made brief stops on the clay of South America and under the chilly roofs of Europe, but this transformation is the real deal.

The new colour that spreads across the tennis calendar announces the longest, unbroken swing on a single surface—clay—and in a single region—Europe. From here on, it is one continuous red run towards the clay climax of the French Open.

The constancy of surface and compactness of the geography bring a stability to those used to pursuing the tennis bandwagon, outdoors to indoors, across time-zones and seasonal hemispheres. But this is still a very demanding swing.

Its nine straight weeks pack in three Masters tournaments in the space of five weeks—with the 500 in Barcelona slotted amongst them—and culminates in a Grand Slam, the ever-so-classy Roland Garros. That means there are huge points to be won and lost, a time for surges and plummeting fortunes.

It is also the time and the place that boasts perhaps tennis’s most dominant presence, and this year, as in most European springs of the last decade, the question is the same: Can anyone deny Rafael Nadal?

Monte Carlo, which begins this weekend, is played out on terracotta terraces with unparalleled views across pine-clad cliffs towards the Med. There is probably no more stunning location on the tennis circuit—and it has seen probably no more impressive achievements than Nadal’s.

Before last year’s tournament, the remarkable Spaniard had a 44-1 record at the Monte Carlo Country Club, with his only defeat coming as a 16-year-old on his debut in 2003. He went on to win eight back-to-back titles, but last year brought a change: He was beaten by Novak Djokovic in the final. Did that suggest a first chink in the Nadal armour?

Nadal and clay: a red rag to a bull

It is, of course, not just in Monte Carlo that Nadal has shone. In Barcelona, he is also an eight-time champion, and he has won the Rome Masters seven times. To crown his achievements, he last year became the first player in tennis history to win eight titles at the same Grand Slam at the French Open. Between 2005 and 2013, he lost only one match on Paris’s clay—a 59-1 event record.

But if Djokovic halted one of those runs last year, there was perhaps some excuse. Nadal had only returned in February from a seven-month injury lay-off, lost his first final in Chile, to Horacio Zeballos, and then only the second match of the entire clay swing to Djokovic in the Monte Carlo final. He ended the swing with six clay titles from eight finals—and he picked up the hard-court Indian Wells Masters along the way, too.

Indeed, only one other man has had the temerity to beat Nadal in a final on clay, and that is Roger Federer, who managed the feat twice, compared with Djokovic’s three triumphs. Andy Murray has never beaten Nadal on clay, while David Ferrer has done it only once, in their very first meeting, the quarter-final in Stuttgart in 2005.

The Nadal picture, then, is one of total dominance over his peers. Of his 62 titles, 43 are from clay—the first dating back to his maiden win as a 17-year-old in Sopot. Of his 26 Masters titles, 18 have been won on clay. He has accumulated 298 clay match-wins and lost only 21—the best winning percentage on any surface by any player.

But with just two wins to go to his 300th on the red dirt, Nadal faces once again a mighty challenge: To defend far more points—5,100—than any of his rivals in the space of around six weeks. He may head the rankings by more than 2,000, but Djokovic defends only 1,900 points on clay. Third in the rankings, Stanislas Wawrinka, defends 1,525 points, while in fourth, Federer defends just 1,050.

The man who has the most to gain, however, is Andy Murray. Currently at his lowest ranking, No8, in six years, he was affected by back problems through the entire clay season last year, missing Roland Garros altogether, and accumulated just 190 points.

So who will have the greatest ambitions, who the best chances, of probing for that tiny Spanish chink again this spring?

Djokovic on the verge

Djokovic has made little secret of his desire to complete his Grand Slam by winning the French Open—and he has come as close as anybody except Federer to doing so. He reached the final in 2012—losing to Nadal—and came within a hair’s breadth of beating Nadal in the semis last year when he touched the net, lost a vital point, and went on to lose the fifth set, 9-7.

With three wins over Nadal in clay Masters finals, and a current run of four Masters titles in a row (albeit on hard courts), he will be the player to beat in Monte Carlo—where he is defending champion—and Roland Garros. And that holds true even against Nadal, who has lost their last three contests.

To add extra spice to the rivalry, Djokovic can gain big points in Madrid and Rome, so by the time they reach Roland Garros, the two men could be contesting both the French title and the No1 ranking.

But Djokovic’s success may come down, literally, to the luck of the draws, and whether he faces the only two men to beat him this year, Federer or Wawrinka, before the final—and the seedings predict he will.

Can Wawrinka bring form to the red stuff?

When Federer told Swiss Illustrated last week that he expected friend Wawrinka to win the French Open before the Australian, it was with good reason. For Wawrinka’s early titles came on clay rather than hard courts, and his only Masters finals have also come on clay—Rome in 2008 and Madrid last year, losing the first to Djokovic in three sets and the latter to Nadal in two. However the Swiss, when it comes to clay, has yet to win a set against Nadal or win a match over Djokovic except via one retirement.

Wawrinka played a long and intense clay season last year, reaching the semis in Casablanca and winning Oeiras, so it’s hard to see him gaining much ground over either rival. However by avoiding both men before the semis of the three clay Masters, he has the chance to maintain his ranking for Roland Garros. And that gives him the opportunity to improve on his best showing in Paris, a quarter-final finish last year. But can he hold off his chasing compatriot?

Check back soon for part two of the preview