Dubai 2015: Federer, Djokovic and Berdych target milestones in the desert 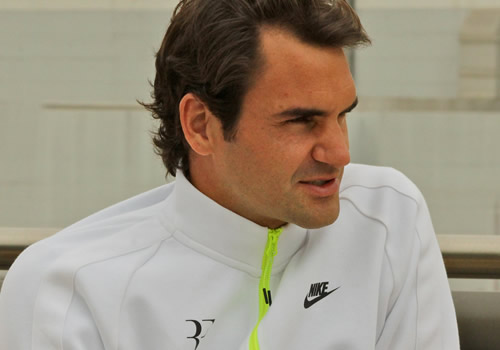 There are not many locations on the tour more impressive than the Dubai Duty Free, the tour’s most lucrative ATP 500.

The skyline of this city draws a spectacular line between the blue Persian Gulf and golden Arabian desert—and few tournaments outside the Majors and Masters can compete in star appeal.

This year, the world’s top three ranked players, Novak Djokovic, Roger Federer and Andy Murray, are joined by world No8 Tomas Berdych—and all eight seeds are in the top 20.

Between them, Djokovic and Federer have won 10 of the last 12 titles here, four and six respectively, and Federer has also been a finalist twice more in his 11 previous visits.

Murray was runner-up in his last visit in 2012, while Berdych has been the losing finalist for the last two years.

There are more finalists in the draw, too: Feliciano Lopez, at a new career-high this week, has been runner-up twice, as has Mikhail Youzhny.

The Dubai tournament is a classy affair, voted the ATP Players’ Favourite 500 in nine of the last 10 years. Some players, among them Djokovic, have even suggested it should be upgraded to a Masters event. With two huge and hot hard-court Masters in Indian Wells and Miami racing towards the players in March, that is unlikely, but it sends out a strong message of Dubai’s standing.

So before the big names begin their campaigns, what are the highlights to watch out for?

• Djokovic will play his first match since winning a record fifth Australian Open title, and he goes for another big milestone this week—his 50th title. To add a little extra frisson, he is currently tied at 13th in the Open Era with Boris Becker—his coach.

• Djokovic has a remarkable 25-2 record in Dubai, including 4-0 in finals, and has never lost before the quarter-finals.

• Federer is the all-time leader here with 42 match wins. The 33-year-old Swiss is aiming to win seven or more titles in a third tournament, along with Wimbledon and Halle.

• Federer is also targeting another impressive milestone. He is just 23 aces short of joining Goran Ivanisevic, Ivo Karlovic and Andy Roddick as the only players to hit 9,000 aces since records began in 1991. The towering 6ft11in Croat who turns 36 this week, reached his big total just a couple of month ago. Federer is 33 and a rather more modest 6ft1in tall.

• Berdych will hope to become the seventh active player to claim 500 wins while he is in Dubai. He has not fallen short of the quarters since a semi run in 2011.

• The top-ranked doubles players in the world by a country mile, Bob and Mike Bryan, will play in Dubai for the first time in their 17 years on the tour. Now age 36, they won their104th title together in Delray Beach yesterday.

• And talking of doubles, both Federer and Djokovic are playing with compatriots as wild-card duos. Djokovic has done this here four times before and never won a match. Federer has done so only three times, but not for eight years, when he reached he second round.

February landmarks for Karlovic, Simon, Lopez, as Murray returns to No3