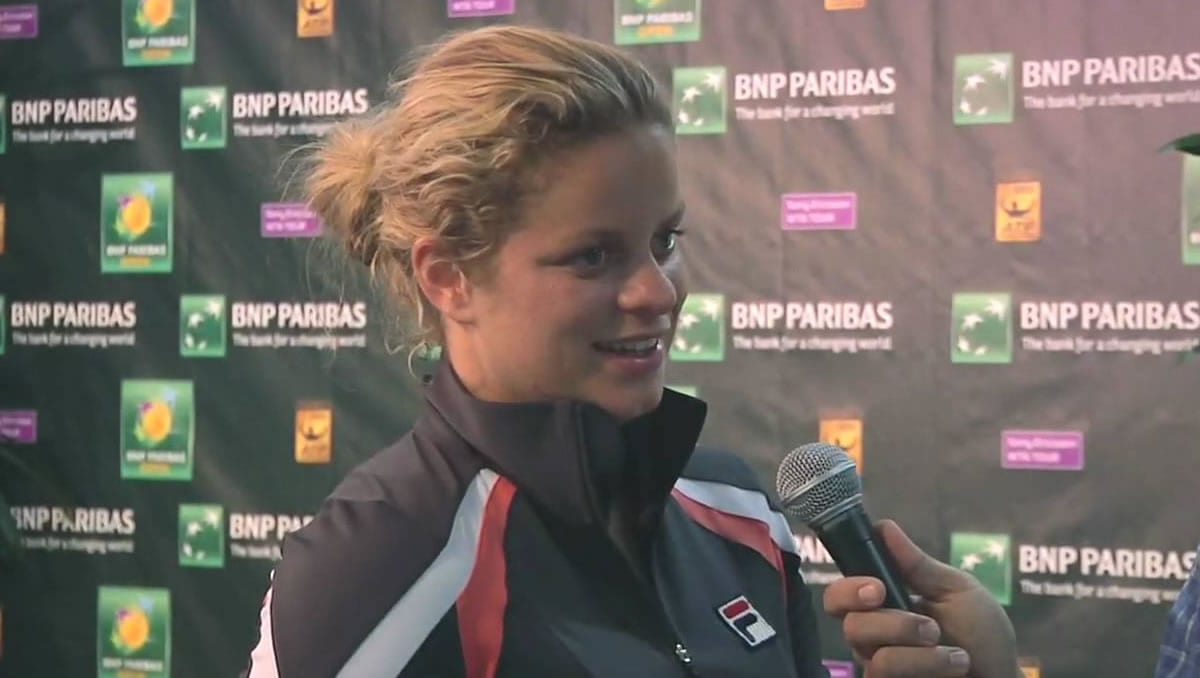 Four-time Major champion and former No1, Kim Clijsters, has chosen the 20th anniversary edition of the Dubai Duty Free Tennis Championships to begin her eagerly awaited comeback to the game.

The 36-year-old, who surprised the tennis world late last year when she announced her intention to return to tennis seven years after playing her last match at the 2012 US Open, was inducted into the International Tennis Hall of Fame in 2017.

Clijsters announced her intention in a Tweet early on Sunday, saying:

“I’m accepting a wild card to play the @DDFTennis. Since announcing my return, there have been a few bumps, but looking forward to returning to the match court and what this next chapter brings … Thanks to all my fans for their encouragement these past weeks.”

She originally planned to make her comeback at the Australian Open, but delayed her return due to a knee injury.

Of joining the Dubai tournament for the first time in her career, she said:

“I am really excited to be getting back to the match court. I know it’s a special anniversary for the tournament so it’s an honour to be making my return to the game and debut in Dubai at the same time. I can’t wait to return to the game I love and play in front of the fans again—the support and encouragement that I’ve received since the announcement has been overwhelming.”

Clijsters is one of only six women in tennis history to simultaneously top the world rankings in singles and doubles.

She retired from tennis in 2007, taking a break to start a family, and then in July 2009, after 26 months away from the tour, Clijsters first launched a comeback and, in just her third tournament back, she won the US Open to become the first mother to win a Major title since Evonne Goolagong at Wimbledon in 1980.

She defended her crown in 2010, before going on to capture a third WTA Finals title and win the 2011 Australian Open. Her victory in Melbourne helped her return to No1, the only mother to hold the top spot since computer rankings began in November 1975.

Since retiring again in 2012 Clijsters, now a mother of three, has been focused on her family and the Kim Clijsters Academy in Belgium. So why has she decided to join the WTA Tour once again?

She admitted in an interview with wtatennis.com:

“I don’t really feel like I want to prove something. I think for me it’s the challenge.

“I have friends who would say, I want to run the New York Marathon before I turn 50. For me, I still love to play tennis. Whenever I’m at a Grand Slam playing the legends, if somebody asked me ‘Hey, do you want to hit some balls’, I’m the first one to be like ‘I’ll be the hitting partner for your practice today’.

“The love for the sport is obviously still there. I don’t feel like I need to prove anything, but I want to challenge myself and I want to be strong again. This is my marathon. This is where I’m saying ‘OK, let’s try this’.”

The 2017 and 2018 Dubai champion, No4 Elina Svitolina, has accepted a wild card after admitting on Twitter that she had forgotten to sign up to the tournament:

However, world No1 Ashleigh Barty, the reigning French Open champion, has been forced to withdraw with an injury. She said:

“Unfortunately, I am withdrawing due to a right foot injury. Best wishes to the players and tournament on a great week and I look forward to playing in Dubai soon.”