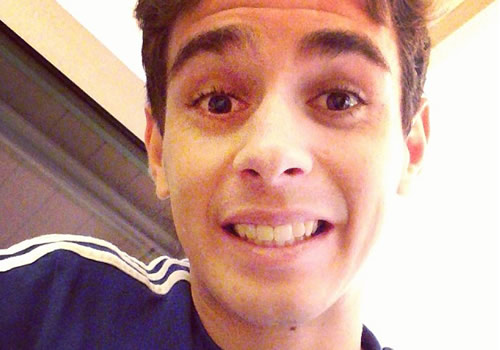 Chelsea were held to a 1-1 draw in the first leg of their Champions League last-16 tie against Galatasaray on Wednesday.

Fernando Torres’s early tap-in gave the Blues the lead in the ninth minute in Istanbul, before the visitors conceded a sloppy equaliser when Aurelien Chedjou converted from close range after the break.

The result leaves the tie finely-balanced ahead of the return leg at Stamford Bridge on 18 March – and here is our favourite Twitter reaction to the clash.

Former Sunderland man Michael Gray (@mickygray33) is pleased to see an English club get off the mark in Europe: “And we have out 1st goal…Torres makes it 1,0 Galatasaray are very open and very poor..!!! #GALvCFC”

As is ex-England cricket captain Michael Vaughan (@MichaelVaughan): “Breaking news… A English club has scored a goal in the champions league.”

Former Chelsea defender Michael Duberry (@Original_Dubes) is backing the Blues to net a second: “If @chelseafc keep a high intensity in this first half, we could get a few more goals and kill the tie let alone this game! #ChampionsLeague”

England legend Gary Lineker (@GaryLineker) is already looking a head to the quarter-finals: “Seems we’ll get one team in the quarters. I recall the last time Chelsea were our only representatives at that stage they did alright.”

Sky Sports pundit Chris Kamara (@chris_kammy) updates his followers: “For those not watching its time for another beer, for those watching its half time & still 1/0 to Chelsea”

Former Southampton star Matt Le Tissier (@mattletiss7) is not impressed by a certain ex-Arsenal man: “Eboue is embarrassing with these dives”

And finally, DJ and Chelsea supporter Trevor Nelson (@DJTrevorNelson) is looking forward to the second leg: “I wanted the win badly so we could have a Drogba love in at the bridge,it will now be a short fling or quickie,then serious work to do.”

Galatasaray 1 Chelsea 1: Mourinho upset by lack of second away goal