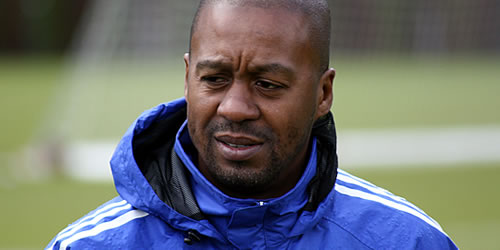 Eddie Newton admits he is still unsure whether Chelsea owner Roman Abramovich plans to appoint himself and Roberto Di Matteo to the Blues’ coaching staff on a permanent basis.

Newton, 40, was added to Di Matteo’s backroom set-up on an interim basis in March following Andre Villas-Boas’s dismissal, before the Blues enjoyed their remarkable run to FA Cup and Champions League glory.

Abramovich is yet to announce who will be handed the full-time Stamford Bridge role amid fresh speculation linking Pep Guardiola to the vacant post at Stamford Bridge.

But Newton, who made 165 league appearances for the Blues during a nine-year stint at the club as a player, insists he is proud of the work he and Di Matteo put in regardless of whether their futures lie in west London.

“Everyone knows that Chelsea is a football club close to my heart but, at the end of the day, the owner has to make his own decisions and whether he goes with Robbie and myself is another matter,” he told Sky Sports.

“If he goes in a different direction, that’s up to him. It was a great opportunity, which we fully took and enjoyed immensely. It was a lot of hard work but it was fully enjoyable. What happens I don’t know. What will be, will be.

“We have got ourselves in a good light and hopefully something will come from it.”