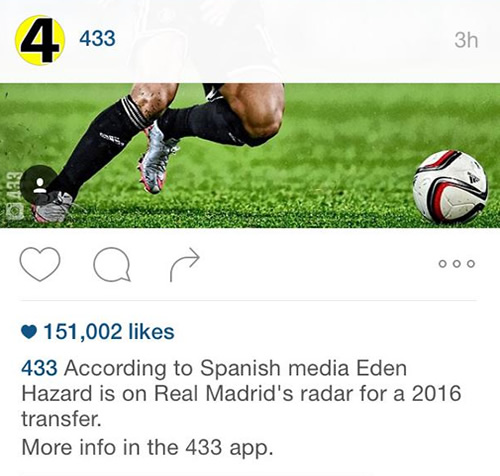 Eden Hazard has fuelled talk of a possible transfer to Real Madrid next summer by liking a post about the proposed move on Instagram.

The Chelsea playmaker has been far from his best this season and was dropped to the bench for the Blues’ 2-0 win over Aston Villa in the Premier League on Saturday afternoon.

However, despite his poor form, Real Madrid have been linked with a big-money swoop for the Belgium international in recent days as the speculation surrounding the attacker’s future gathers pace.

And Hazard has only served to further fuel the reports linking him with a move to the Bernabeu by liking a post about the claims on the photo sharing app. 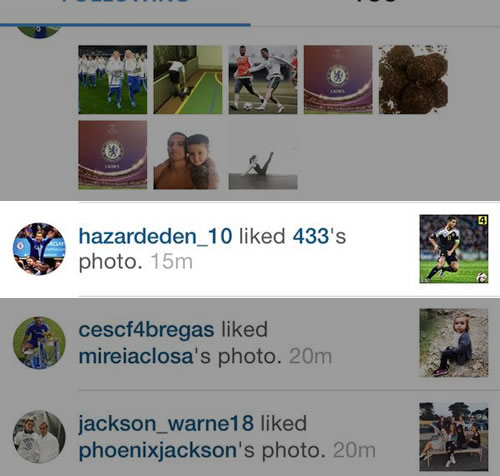 Is Eden Hazard off to Real Madrid? Photo: Instagram

Hazard and his Chelsea team-mates are currently gearing up for their Champions League trip to Dynamo Kyiv on Tuesday night.

Chelsea head into Tuesday’s game looking to return to winning ways in the Champions League after their 2-1 loss to FC Porto in their most recent outing.

The west London side returned to winning ways in the Premier League on Saturday thanks to a 2-0 win over Aston Villa at Stamford Bridge.