While the Real Madrid legend is accustomed to hogging the limelight, in the Ronaldo film, it is Cristiano Ronaldo’s son who is the star of the show. If he wasn’t instructing Real Madrid’s record goal-scorer on how to take penalties, the five-year-old explained to his famous father why he wants to be a goalkeeper, much to Portugal legend’s bemusement. If one of the aims of the documentary film was to paint the Los Blancos star as a bona fide father figure, they achieved their goal.

It isn’t a secret that Ronaldo is a winner. Reading Sir Alex Ferguson’s new book on leadership, the Manchester United legend underlines the 30-year-old’s insatiable desire to improve. This attribute comes across in the Ronaldo film. If he isn’t playing football, he is training in his gym. If he isn’t scoring a hatful of goals, he is worried that he might miss out on the Ballon d’Or. 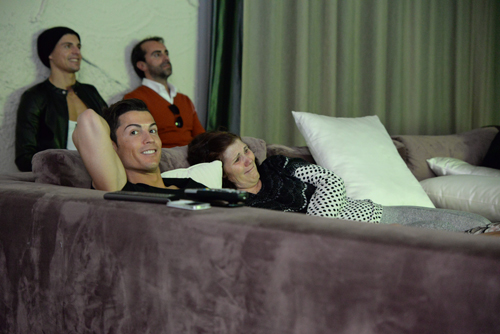 While football is his first love, exemplified by his move to Lisbon from Madeira aged 12, Ronaldo has a deep affection for his family (and adopted family, such as Jorge Mendes). Few friends or colleagues feature in the documentary film, but you get to meet his mother, brother and extended family. It highlights the trust issues that world-class footballers have with letting non-family members into their inner sanctum. His mother’s admission that Ronaldo was an unplanned and unwanted child perhaps explains why her famous son has the desire to constantly better himself and prove to the world that he is the best.

Ronaldo really is completely and utterly obsessed with the Ballon d’Or. The prestigious award serves as one of the core themes of the one-hour-42-minute film. In the opening minutes of Ronaldo, we see his nemesis Lionel Messi collect the award in 2009, 2010, 2011 and 2012. We are brought behind-the-scenes as Ronaldo ends Messi’s Ballon d’Or dominance much to the delight of the Madrid forward and his family, who clearly place as much emphasis on the gong as the player himself. If you expect this documentary film to focus on Ronaldo’s goals or training secrets, you’ll be disappointing. It is a documentary about Ronaldo’s desire to receive world recognition. He candidly admits that he even wants his son to realise that his father is the best in the world. 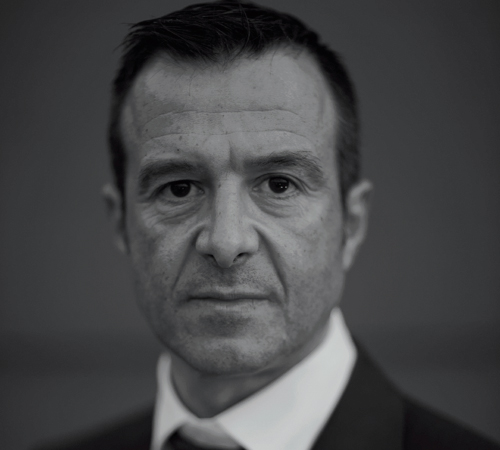 Mendes is the world’s most-famous football agent (take note Arsene Wenger, it might be time to do some business with the Portuguese businessman). While there have been a couple of insightful articles on the super-agent this year, Ronaldo serves to lift the veil on the man behind the Real Madrid forward’s success on and off the pitch. You begin to understand how key the two men have been in their respective careers, and a touching scene following El Clasico last season, highlights their mutual affection. He lives up to his super-agent reputation, though. He is rarely seen off the phone in the film, probably due to his inability to end phone calls without a dozen or so, ‘ciaos’ (a recurring theme with Mendes and Ronaldo’s mother).

Another objective of the documentary film is to shed light on the severity of Ronaldo’s injury last summer, perhaps seeking to ensure a muted World Cup doesn’t taint his legacy. In short, the Real Madrid forward shouldn’t have attempted to play in the World Cup after picking up an injury 15 days before the Champions League final in May 2015. We’re given an insight into the anguish of Ronaldo’s mum and his agent Mendes as the Portugal international battles through the pain barrier.

7) Messi relationship not so frosty

Messi features intermittently throughout the 102 minutes. That in itself indicates Ronaldo’s admiration and respect for the Barcelona forward. The former Manchester United man acknowledges that Messi has helped the Portuguese star become a better player thanks to their intense rivalry. The pain of missing out on four successive Ballon d’Or awards is obvious, but Ronaldo’s recent resurgence has thawed any underlying bitterness. One of the most intriguing scenes of the film is near the end when Messi approaches Ronaldo and his son ahead of this year’s ceremony in Zurich. In a touching moment, Cristiano Ronaldo jr, who is talkative throughout the film, is lost for words in Messi’s presence, much to his father’s amusement. Ronaldo and Messi could end up chums, yet.

Finally, it was a surprise that Sir Alex Ferguson didn’t feature. While none of Ronaldo’s manager graced the big screen, there was perhaps space for Ferguson when the Real Madrid forward was discussing the lack of a real father figure in his life.