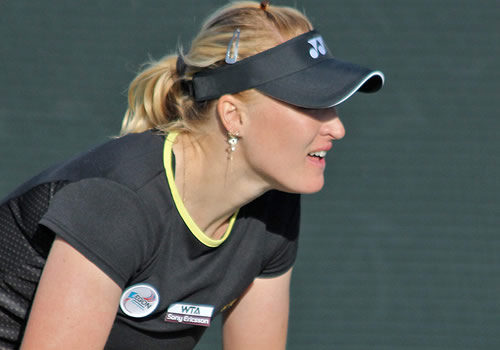 Former British No1 Elena Baltacha has announced her retirement from tennis with immediate effect.

The Scot, who reached a career-high ranking of 49 back in 2010, has struggled with injury and illness during her 16-year career.

“My body has taken such a bruising over the last 16 years and that’s finally taken its toll,” said Baltacha.

“I have had some amazing experiences through playing tennis – some incredible highs and some very low lows – and I wouldn’t change any of them but now my mind and my body are telling me it’s time to move on to a new phase of my life.”

Baltacha said that she now plans to dedicate herself to coaching and developing the academy she founded in 2012 with coach Nino Severino.

“I still absolutely love tennis and I want to take that passion and put it into learning to be the best coach I can be so that I can take all my experiences as a player and use that to help develop the next generation of British tennis players,” she added.

“We believe that no matter what background you are from, that all children, rich or poor, should have the opportunity to play tennis. Hopefully we’ll produce a champion one day.”

Britain’s Fed Cup captain Judy Murray hailed Baltacha as a “perfect role model” for young players looking to establish themselves in the sport.

“She has been the most incredible ambassador for women’s tennis in Britain for the past 12 years. Her work ethic and competitive spirit are second to none,” said Murray.

“If we could bottle those qualities, we would have many more top players. She’s the perfect role model for our junior girls and the Fed Cup won’t be the same without her.”