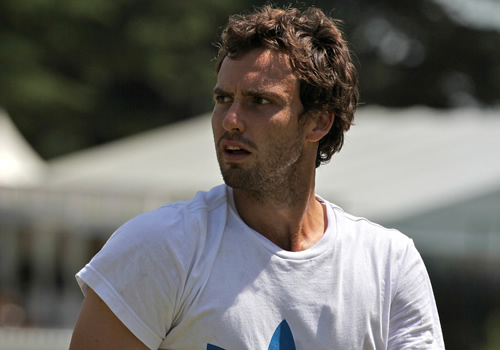 The tennis of Ernests Gulbis stood out from the first.

It was perhaps around 2007 that followers of this sport began to sit up and take notice of the tall, slender Latvian teenager who was just bursting into the top 100, who had surged more than 300 rankings places in the space of 12 months on the back of three Challenger titles and, just to make sure he would be remembered, beat the No8-ranked Tommy Robredo at the US Open to reach the fourth round.

2008 would rubber-stamp the Gulbis talent. Still just 19, he reached the quarter-finals at Roland Garros—where No3 seed Novak Djokovic had a fight on his hands, beating him, 7-5, 7-6, 7-5. Gulbis then took the first set off Andy Murray in the third round of Queen’s and did the same to Rafael Nadal at Wimbledon, having beaten John Isner in the first round.

The Latvian broke the top 50 in 2009, and by the end of 2010 he was up to 24 having won his first title—Delray Beach—and scored a win over then No1 Roger Federer in Rome.

But the career trajectory, like many other elements of the Gulbis story, would be neither constant nor predictable. One month he would burn bright, the next he would seem to fizzle out, in one match a charismatic shot-maker able to channel his emotions into winning, in the next an angry, distracted firebrand unable to string two wins together.

In 2011, he lost four consecutive first-round matches from Roland Garros to Atlanta and then won in Los Angeles. After a second-round exit at the US Open, he would win just one match in five tournaments.

By the year’s end, he was down to 61, and the slide continued through 2012. He lost in the first rounds of no fewer than 12 tournaments—and three of those were in qualifying rather than in the main draw. But then something clicked.

Talking at The Boodles this week, where the 25-year-old is preparing for his Wimbledon campaign after reaching his first Grand Slam semi-final at Roland Garros, he reflected on finding himself at rock bottom: “There was one moment, when I was playing a Challenger in Germany [Eckental], I was ranked 150 in the world: That was the moment. I asked for a wild card in the main draw, didn’t get it, I had to play qualifying, actually lost in qualifying, came in as a lucky loser, reached the final anyway [where he lost to Daniel Brands]. 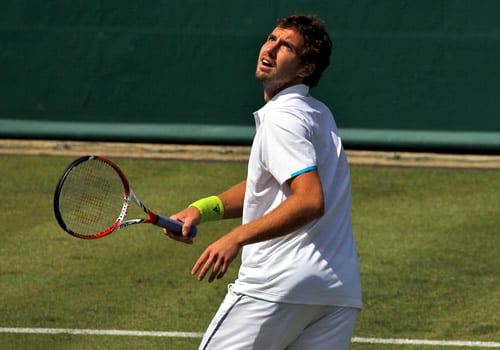 “That was a tough week—the end of the year when I could see other guys playing Masters and I’m playing Challengers. That’s when I realised something was wrong and I have to change it.”

He took time away from the main tour, not returning until Rotterdam in February, and made changes not just to his tennis regime but his lifestyle. His fast-living, off-court activities were curtailed, he gave up alcohol, threw himself into serious training, and his tennis began to flourish.

Looking at this expressive player on court and tuning into his press commitments, he comes across as supremely confident but, I wanted to know, did he ever doubt he would rediscover the success he sought?

He paused, considered—not so much about the answer, it seemed, but whether he wanted to reveal it—and opened up: “I’ll be really honest, and say yes I did. I doubted a lot. Just lately, I stopped questioning myself, and the results started to come—and Gunther, my coach, helped a lot in that.

“I’m trying to find a balance, comfort within my head, so that everything goes smoothly, not up and down so much. That’s been basically the key. A good state of mind, coming to every tournament the same: Not too happy, not too sad; not too excited, not too sleepy: a balance, because the year is long.”

As for keeping his emotions under control, has he found that hard?

Just lately, I stopped questioning myself, and the results started to come

“I’ve not exactly worked hard for it, I just realised a couple of things in general in life, not just in tennis. It’s age and experience. Kids cannot hide their emotions, grown-ups can. Hopefully I’m moving from kid to grown-up.”

It’s a maturing that has brought greater consistency to Gulbis’s popular all-court, power-with-touch brand of tennis.

And into the melting pot has also come a renewed—and fierce—ambition that, combined with a professional work-ethic, saw him graft through qualifying at tournament after tournament last year. He took eight match-wins to claim the Delray Beach title, six to reach the fourth round in Indian Wells, but the efforts earned him direct entry to the summer Masters, and he ended 2013 with the St Petersburg title and back at 24 in the rankings.

He explained something of that fierce ambition—smiling as he did so—after his semi run in Paris: “I’m not going to celebrate. It’s not enough. I need to reach more now. Now, I’m addicted to success, really.”

The message was the same this week: “That’s a thing I don’t understand with most players. Maybe the top five players go to a Grand Slam and hope they can win it. The rest go there and say, ‘I be happy if I take a set off Roger, Rafa or Novak… For me that’s not enough. I want to win and have the matches. Most of the players lose to the top guys before it’s even happened because they don’t believe themselves.”

I wondered, now that he has broken into the top 10 and the demands of the media have grown, whether he sympathises with what he called—during Rome—the ‘boring interviews’ of the top players. Maybe it was asking for trouble from a man who, one suspects, does not tolerate fools gladly.

But Gulbis these days has a light, lively touch even with the media. One might call it charm—forthright answers, delivered with spark but also with a smile: “I never said top guys were boring, I said interviews were boring. That’s a big difference. I cannot judge a person because I don’t know them that well, and that’s what people don’t see. I respect them a lot as tennis players and everything.

“But do I enjoy [doing media work]? Probably not, probably not. I would like just to be at home and relax in my own mind and not deal with anything. Some interviews I do enjoy, but promotional ones I don’t enjoy, to be honest.

I ventured that he would manage very well, but perhaps he will, over time, become a little more cautious. He was clearly angered by the misquoting of his comments on playing blackjack after the French Open: “Complete b*******. You can quote me on that. I’m sick and tired of this kind of thing. I say one joke to one press guy in conversation then they write I lose half a million euros.” And a quick look at the transcript confirms that, when asked if he had lost all his Paris earnings, he replied: “Not really, no. That would be tough!”

It would be a pity if Gulbis were to rein back the conversation. He has been an independent spirit since he burst into the French Open quarters eight years ago, and it will delight tennis fans to see him now taking his undoubted talent seriously.

But remember, Ernests, that we are also “entertained by your company.”