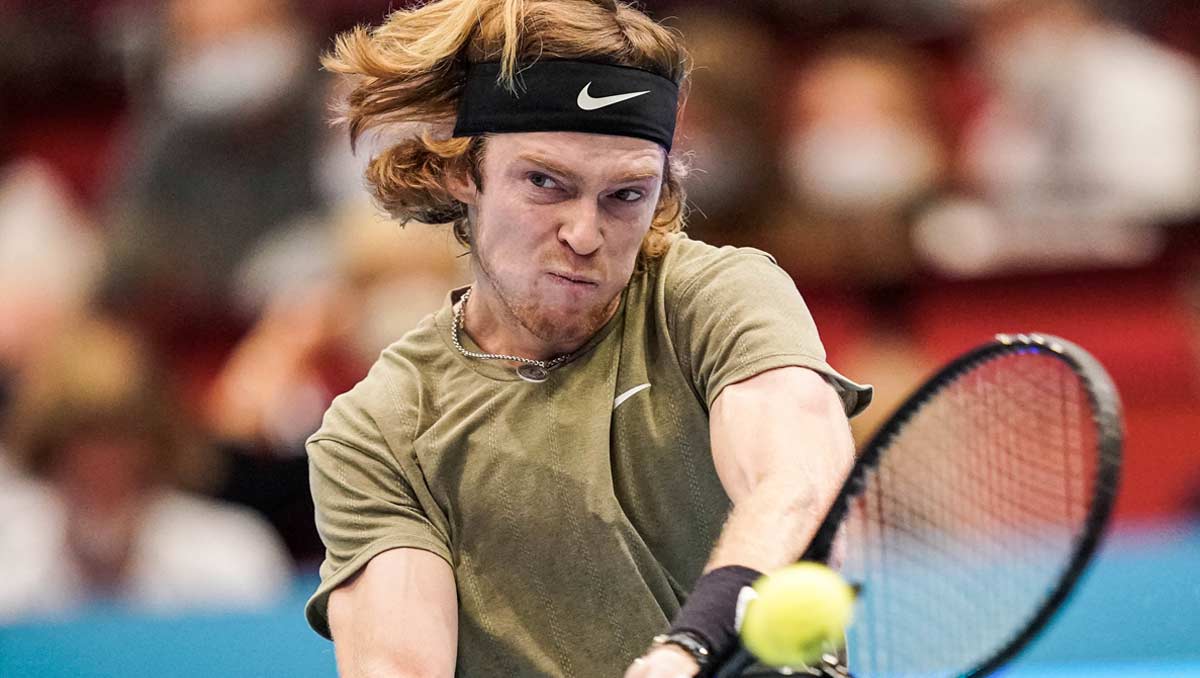 The most significant statistic delivered by this year’s Vienna 500 tournament was not the record-making line-up: seven of the top 12 players, five of the top eight.

Nor that, for the first time since he won the Vienna title 13 years ago, Novak Djokovic would headline the draw—again as the top seed.

It was that Djokovic had opted out of next week’s Paris Masters where, as defending champion, he could gain no ranking points, in favour of Vienna, where two match-wins would deliver what Paris could not: the year-end No1. And not just that, but a record-equalling sixth year-end No1.

And that is just what he did. Little wonder, perhaps, that he looked a shadow of the man who had been as good as unbeatable all season, going 39-2 to score four titles, runner-up at Roland Garros and a clean sweep at the ATP Cup.

But with his loss to lucky loser Lorenzo Sonego, the Serb could return home, rest up, and come to London with nothing to lose and a lot more points to gain. With the Sampras-equalling No1 target in the bag, he would be ready to chase down Roger Federer’s record weeks at No1.

Second seed and defending champion Dominic Thiem also dropped out of the picture, but then he had achieved his biggest goal of the year with victory at the US Open, and he guaranteed his qualification for the ATP Finals long ago. So he too chose to keep his powder dry for London, heal some blisters, and try to go one step further than last year at the O2.

In contrast, Thiem was ousted by a player who still has it all to play for, and Andrey Rublev is riding a wave of form and ambition that began at the start of the season, ranked 23, with the Doha and Adelaide titles. The intense Russian, who turned 23 this month, picked up where he had left off in the aftermath of the coronavirus pandemic shut-down: Quarters at both the US and French Opens, and titles at two 500s in Hamburg and St Petersburg.

And come Halloween in Vienna, he had carved out favourite status as he continued his campaign to qualify for the ATP Finals for the first time.

Ranked No8, Rublev is next in line to qualify, on 37-7 for the year—and with the Paris draw made just hours before, he would surely not want to depend on points there, after falling into a quarter populated by Stan Wawrinka, Hubert Hurkacz—who beat Rublev in their only previous meeting in Rome last month—and Dan Evans.

For Briton Evans has continued to prove that turning 30 is no barrier to playing your best tennis and targeting your highest ranking. At the start of last year, he was ranked 190, at the start of 2020, 42, and following his eighth top-20 win of the year to put out Grigor Dimitrov, he was into his second semi-final in as many weeks.

Rublev faced a daunting task in Vienna if he was to pick up another 120 points. The resurgent Kevin Anderson, playing with a protected ranking after knee surgery in February, was Vienna champion in 2018, and although wins had been hard to come by for the big South African since the return from lockdown, the faster indoor conditions of Vienna were suiting him well. He put out two formidable opponents in London hopeful Pablo Carreno Busta and Daniil Medvedev. But could he dampen the passion of Rublev?

The Russian’s serving and ground-strokes were almost impenetrable from the off, and after four service games he had dropped just two points on serve, 4-3. Of course Anderson’s serve is one of the most formidable in tennis, but he double faulted to go 0-30 at 4-5 down. He recovered to deuce but Rublev thumped a couple of huge forehand winners to create two break chances—set points—and at the third attempt, took the set, 6-4, courtesy of another Anderson double fault.

It soon became clear that Anderson’s right leg was causing him problems, and in the second game, he called the physio, took meds, and attempted to continue. With his serve inhibited, he was immediately broken, had more treatment at 0-3, and almost inevitably, he was forced to retire, 4-1 down, after just 65 minutes.

Rublev’s form has been outstanding, and here he had 22 winners for 10 errors, and has won all 28 service games this tournament.

His thoughts afterwards were low-key: “I don’t know why it’s going so well… I came here thinking I had nothing to lose, to enjoy, do my best, and here I am in the final.”

There he would face either Evans or Sonego, both of whom were aiming to reach their first 500 final. The Italian, though, did have one title to his name, last year in Antalya, and had overcome stiff opposition in Vienna without dropping a set, even before Djokovic.

And in that Djokovic win, Sonego had played some breathtaking tennis, eager to attack, go for his shots, and so he began against Evans, firing his forehand to devastating effect to break and then hold to love, 3-0—winning 12 of the first 14 shots.

Evans did warm up through the set, but could not work a single break chance, and Sonego served it out, 6-3, after an hour. More worryingly, Evans was broken in the first game of the second set, and then called the physio to treat his left shoulder and neck.

That relieved the tightness, and Evans broke back, only to concede the break again. The Briton was hugely frustrated, smashed his racket, sat with elbows on knees, head in hands. But that was to ignore Sonego’s quality, speed and creativity—on top of fine serving.

Evans determined to take on the attack, racing the net at every opportunity, but he had to be super-sharp to succeed. He was often out-volleyed, faced winning lobs and drops, but stuck to his guns, and with just his third winner of the match, a volley, he held off break point for 2-3.

Sonego, in contrast, was stacking up the winners. A 12th and 13th on the forehand wing, plus a forehand drop winner, drained the Evans body still further, as the Italian held to love. He opened the next game with a forehand winner down the line but Evans was serve-and-volleying, smashing overheads, chasing down lobs, playing his heart out.

However, there was no breaking the Italian, who remained unstoppable though a love hold for set and match, 6-4. And all this after losing in qualifying, and getting into the main draw when Schwartzman made a late withdrawal.

As a reminder, Vienna began with seven of the top 12 players, five of the top eight. The Rolex Paris Masters, which has been forced to return its 1,000 daily tickets to disappointed fans after France went into a stricter lockdown, will have exactly the same. This time, it is topped by No2 Rafael Nadal rather than No1 Djokovic, and Thiem is also missing—as is Federer, who continues his rehab following knee surgery.

Also giving up the Race are Roberto Bautista Agut, Denis Shapovalov, Fabio Fognini, and Gael Monfils, though that has left a lot of room for last-minute jostling to qualify.

So among the Vienna absentees who are returning in Paris are two men vying, with Rublev, for ATP Finals qualification, Diego Schwartzman and Matteo Berrettini. However, it is too soon to entirely write off Karen Khachanov, David Goffin, Milos Raonic and Wawrinka, though the draw can, as ever, play its part.

For example, Carreno Busta could meet Goffin in Round 3, Schwartzman and Khachanov at the same stage, Berrettini and Raonic also a third-round possible. And for the second time in under a month, Evans has drawn Wawrinka in the first round—with Rublev lined up for Round 3.

In short, it is near-impossible to call who will conclude their year in London, but with just one former champion in the Paris draw—Khachanov—the odds seem to be in favour of a new Paris champion. And it is worth noting that Nadal has failed to win only two Masters: One is Miami, the other Paris Bercy.

NB Kyle Edmund is also among the long list of absentees, along with Dimitrov, Cristian Garin, Kei Nishikori, John Isner, and Benoit Paire