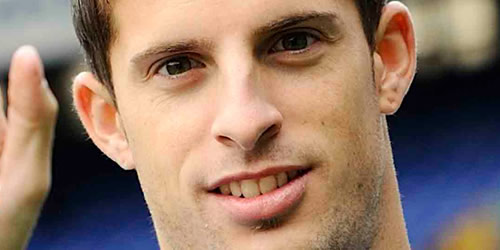 Kevin Mirallas is optimistic Everton can beat Arsenal at The Emirates on Tuesday night and give their top-four hopes a timely boost.

The Toffees are looking to extend their unbeaten run to six Premier League games as the Merseyside outfit look to win at the Gunners for the first time since 1996.

Moyes’ side could move level with Chelsea and Tottenham Hotspur and a point behind third-placed Arsenal if they can secure a precious three points in north London.

Mirallas, who played at Emirates Stadium during his time with Olympiacos, is convinced Everton are good enough to beat Arsenal and would back the Toffees to “do well” in Europe should they qualify for the Champions League.

“Everton could do well in the Champions League but there are some big games between now and the end of the season which we have to win in order to get there.

“You don’t really know how you’d do until you were in it and the competition started, but it’s a fantastic competition and I think we’re ready for it.

“I’ve played at the Emirates for Olympiacos and I hope we can get the three points we need down there tomorrow.

“It will be vital in order to get European qualification and make it a beautiful end to the season.”

Mirallas has scored seven goals in 27 appearances for the Toffees after completing a £6m move from Olympiacos last summer.

Arsenal have put the pressure on Tottenham, declares Olivier Giroud