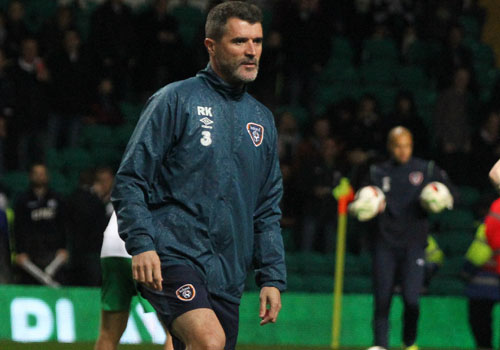 The Republic of Ireland assistant manager was speaking after Toffees midfielder James McCarthy missed their 1-0 defeat by rivals Scotland on Friday night.

Roberto, I don’t think, has ever played senior level at international level and maybe he doesn’t appreciate how big it is for us and how big the games are for us

The Irish midfielder hasn’t featured for Ireland in their last three qualifiers, whilst his club team-mate Seamus Coleman missed the 1-1 draw with Germany last month.

The Everton pair featured for Martinez’s side just four days after their Euro 2016 qualifier in Gelsenkirchen, prompting Keane to question whether the Toffees boss is putting his players under pressure.

“I worry that he (McCarthy) is under lots of pressure, particularly from Everton’s point of view,” Keane is quoted as saying.

“Because every time there is an international match it does seem to be Seamus (Coleman) and James (McCarthy) under lots of pressure. They’re turning up or they mightn’t turn up, or they’re struggling.

“You always get the impression from Everton that Seamus and James are both barely able to walk, that type of thing. So when they actually turn up and they are walking through the reception, ‘Praise the Lord, it’s a miracle’.” 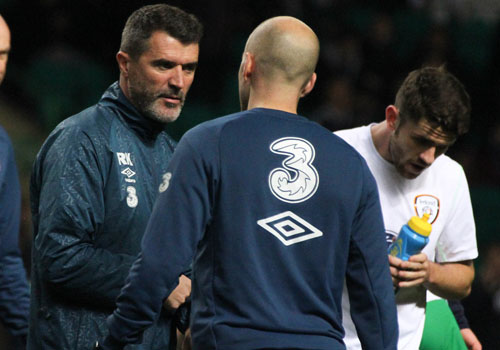 Keane added: “I think, some sort of sit-down conversation and say, ‘Listen, I think Martin’s been more than good enough here, particularly the friendlies but these are big qualifying matches now’.

“Roberto Martinez has to look after his club and he is probably thinking they have European games. Roberto, I don’t think, has ever played senior level at international level and maybe he doesn’t appreciate how big it is for us and how big the games are for us.

“We talk about the manager here and the manager there but there’s a player in between all that, and I can speak from experience, he’s under lots of pressure too.

“There is a guarantee that when the player turns up (for internationals) they are getting phone calls left, right and centre from their 15 physios at the club.”