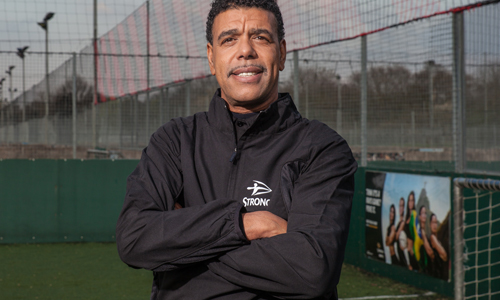 David Moyes’s Manchester United future could hinge on their performances against Bayern Munich in the Champions League quarter-finals, according to Chris Kamara.

The Red Devils, currently seventh in the Premier League, are huge underdogs to beat the newly-crowned Bundesliga champions in the first leg on Tuesday night despite having home advantage.

And former Portsmouth midfielder Kamara feels that Sir Alex Ferguson’s successor can ill-afford another tepid performance from his United squad against the Champions League holders.

“I still think it [Moyes’s future] will all depend on the Bayern Munich game,” Strongbow Challenge manager Kamara told The Sport Review.

“There is a way to lose. David Moyes will know the way they lost to Liverpool and Manchester City was unacceptable.

“He isn’t stupid. He understands it all.”

He added: “When they lost in the manner that they did to Liverpool and City, nobody is happy. You can understand why fans were angry and felt humiliated.

“I think even if, and I’m not writing them off by any means, they do lose to Bayern, there is a way to lose that the fans will find acceptable. The pressure could still come back on him again.”

Moyes’s tactics have come increasing scrutiny, too, with the United manager failing to find a system which allows £37.1m January signing Juan Mata, Wayne Rooney and Robin van Persie all to thrive.

And former Bradford City boss Kamara says that United’s struggles are partly down to Moyes not deviating from the tactics which brought him success with Everton.

“People have accused his tactics of being wrong but if you look back to his Everton days, he more or less played with the one striker and a player in behind home and away,” Kamara added.

“When that system was working, it wasn’t a problem for him. Now he has come into Manchester United and he is doing virtually the exact same and it isn’t working.

“People are saying he doesn’t have the tactical nous or whatever, but it always happens when you’re not playing well.”

Chris Kamara is managing an amateur 5-a-side team to go to Brazil and take on a professional women’s team to Rio, head to www.facebook.com/strongbow for more details. Commenting on the Strongbow Challenge, Manager Chris Kamara, said: “Managing a football team in Rio, in this summer of all summers, against top-class Brazilian opposition. Who wouldn’t want that job? It’s going to be an unbelievable experience.”