Fed Cup 2019: GB will host tie for first time in quarter of a century 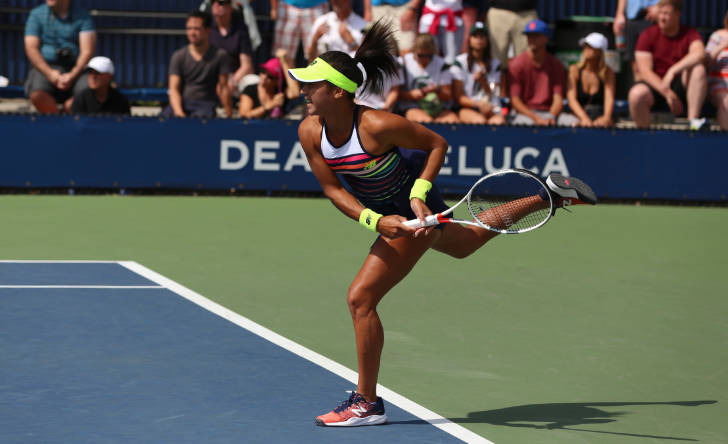 Great Britain will be playing a Fed Cup tie at home for the first time in quarter of a century after the LTA today confirmed that it will co-host the Fed Cup Europe/Africa Zone Group I on 6-9 February 2019 at Bath University.

The last time the GB Fed Cup team played at home was in May 1993 in Nottingham, when they won their group against Luxembourg, Lithuania, Russia, Ukraine, and Turkey to advance to the world group.

The Zone Group event will be co-hosted with Poland: the 15 nations in Group I will be split across the two host locations. GB will compete alongside seven other nations, playing in two groups of four. The winner of each group will play in Saturday’s final to decide which country goes forward into the World Group II Play-Offs in April 2019.

This will be a rare opportunity to see GB compete over four days, playing two singles matches followed by a doubles match with each nation in its group.

“I’m thrilled that the International Tennis Federation has awarded us the opportunity to co-host the Europe/Africa Zone Group I stage of the 2019 Fed Cup. Staging this tie forms a key part of our new strategy to open up tennis by showcasing our women’s team and bringing world-class tennis to new and existing British fans.”

“We are absolutely delighted at the prospect of playing at home for the first time in 26 years. This will give us a platform to show everyone what Fed Cup is all about and the passion the players have for the competition. I’m hoping we can replicate the support our Davis Cup team gets and that seeing our players perform up close will inspire the next generation of kids to get out there and pick up a racket.”

The pre-draw to determine which seven nations will travel to Bath will take place later this week, drawn from:

GB is currently ranked No18 amongst 104 nations on the latest ITF Fed Cup rankings.

In 2018, GB advanced to a fourth World Group II Play-Off in the last seven years, narrowly losing to Japan 3-2.

Race to London heats up in Asia: Del Potro, Zverev, Anderson edge to qualification – and Djokovic targets No1