The mighty Czech Fed Cup team will hope to harness all its home support in Prague this weekend when it comes up against one of its most formidable adversaries, the USA.

The Czechs have won the title in five of the last seven years, but in 2017, the USA beat them in the semi-finals on the way to the title.

These two nations are by far the most prolific champions in the competition. Top of the pile is the USA with 18, next comes the Czech Republic with 10—five of them as Czechoslovakia. And despite the Czechs’ remarkable run in the last decade, there is one big statistic weighing in their opponents’ favour: The USA has a 10-2 head to head advantage, and has won the last eight meetings in a row.

This latest bout, then, really is a battle of the giants, one in which the home players will be looking for a first win over the USA in 33 years.

But put simply, the result may all come down to who plays.

At the time of writing, Petra Kvitova was forced out of pre-event training and media commitments with a virus, and her absence would be a tough blow for a team already without world No8, Karolina Pliskova, who is out with a calf injury.

Kvitova, current No7 in the world after a stunning year of five titles, has been a stalwart of the Czech team through all five of those title runs, and won all four of the rubbers she played this year. Should she play, and her team win the title, it would take her to joint third in the overall list of titles won, equalling Rosie Casals’ six, and behind only Chris Evert and Billie Jean King.

But if Kvitova is unable to play, at least captain Petr Pala has some national depth to draw on.

Four of the top 10 doubles players will ensure that, should the final go to deciding fifth rubber, the home nation will be in a very strong position. But it could be the singles rubbers that determine the result, and fortunately Katerina Siniakova and Barbora Strycova are also ranked 31 and 33 respectively in singles.

And then there is the additional news that most of the USA’s biggest names will also be absent from the final.

Neither Serena nor Venus Williams has played since the US Open, Sloane Stephens—finalist at the WTA Finals—looked match-weary in Singapore, while Coco Vandeweghe has struggled with form since her ankle injury at Wimbledon, and Madison Keys pulled out of the Elite Trophy in Zhuhai last week with yet another injury problem.

Leading the USA campaign, then, will be No36 Danielle Collins, one of three debutantes with No52 Sofia Kenin and No15 Nicole Melichar. No63 Alison Riske makes up the number: She has played just three Fed Cup rubbers, with her only win coming in singles against Andrea Petkovic in the 2017 quarter-finals. She did, though, recently make the quarters of the big Tokyo Premier via qualifying, beating Garbine Muguruza and taking Pliskova to a final-set tie-breaker.

Just who plays singles and doubles will be revealed at Friday’s draw.

· No1 ranking: These two nations are current Nos 1 and 2 in the ranks, and the Czechs will stay at the top if they win. Otherwise, they will drop to No2 for the first time since February 2014, replaced at the top by the USA.

· Home advantage: Three of the Czechs’ last five titles have come at the O2 Arena in Prague, where this weekend’s tie will be played.

· The Czech Republic has won 12 of its last 13 ties, its only defeat coming against the USA in last year’s semi-finals. The Czechs are also aiming to extend their 18-tie winning streak on hard courts and their 10-win streak at home.

· The USA is bidding to win eight consecutive Fed Cup ties for the first time since 1989-91. 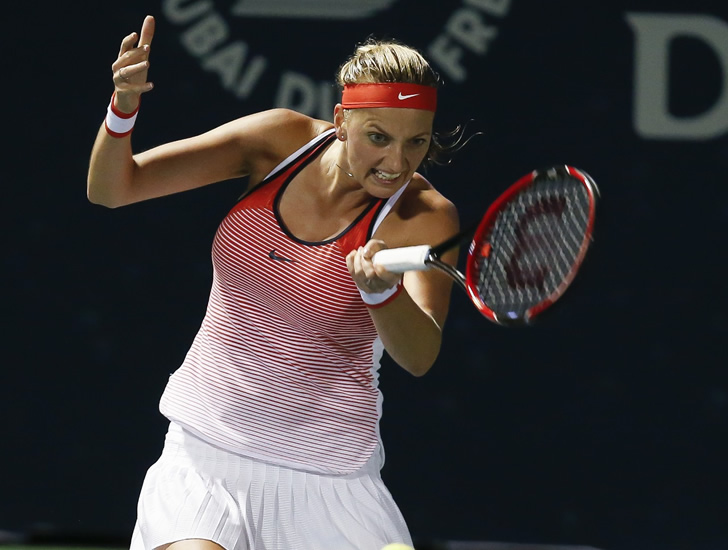