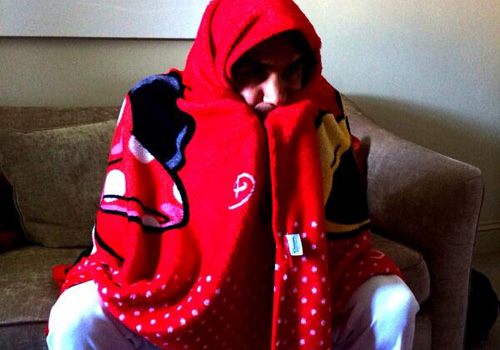 Angel di Maria scored a dramatic 118th-minute winner to send Argentina into the World Cup last eight thanks to a cruel 1-0 victory over Switzerland.

Ottmar Hitzfeld’s men appeared to be set for the lottery of a penalty shootout before Lionel Messi’s burst and pass teed up Di Maria to score the decisive strike.

Here is the best of the Twitter reaction from the professionals, past and present, in chronological order to Argentina’s win.

Former England international Dean Ashton (@Dean36ashton10) recognises that we have reached the business end of the tournament: “What happened to all the goals!!! #tension”

Ex-Manchester United defender Rio Ferdinand (@rioferdy5) wants the officials to prevent the Swiss from using rough tactics: “The referee had to get involved as the Swiss were starting to take liberties with the Argies!!”

Former Liverpool midfielder Jason McAteer (@MCATEER4) speaks a little too soon: “10 passes a goal for next 10 mins bet it would still be 0-0. Pens all over it only thing more boring than this is lawros comms on BBC –sleep”

QPR midfielder Joey Barton (@Joey7Barton) feels Messi was the South American’s standout player – again: “Argies get lucky. Messi no goal but his class shone through. Still playing like talented individuals but found a way to get through.”

Liverpool cult hero Luis Garcia (@LuchoGarcia14) reckons Argentina were far from their best: “And Argentina wins… again without showing their best but winning again.Messi with a great run and Di Maria (best) with a nice touch…”

Finally, West Brom midfielder Steven Reid (@stevenreid12) highlights the disparity between Di Maria’s touches and goals: “How is it possible to lose the ball 51 times in 1 game? #DiMaria #WhoCares #WinningGoal”