Felipe Massa to join Williams from Ferrari for 2014 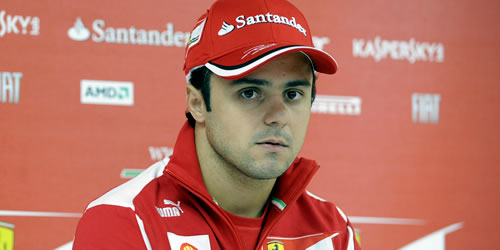 Felipe Massa will move to Williams from Ferrari next season as team-mate to Finn Valtteri Bottas.

The 32-year-old will replace Venezuelan Pastor Maldonado, with Kimi Raikkonen confirmed as Fernando Alonso’s new team-mate at Ferrari from next year.

Massa leaves Ferrari after eight years in which he won 11 grands prix and has signed a three-year contract with his new team.

“When I was a kid, I always dreamed of racing for Williams, Ferrari or McLaren and I’m glad to be signing with another icon of the sport,” said Massa.

“The team wants to grow. It is already a big team but they are really pushing hard to go back to what they were in the past.

“It is a team to fight for the championships and good results and I really want to be a part of it.

“I understand what they are doing to get stronger. I think we can be very successful and I believe it is the best choice compared to the other choices I had.”

Ferrari president Luca di Montezemolo paid tribute to the Brazilian after his eight-year stint at the Italian team.

“Felipe has been a true Ferrari man and he will always be part of our history, for all the Grands Prix he drove for us, for the wins, the pole positions and for those few seconds when he was world champion that day in Brazil, before that overtaking move that always seemed a bit strange to me,” said Di Montezemolo.

“I wish Felipe every success, starting with the last two races of this championship. As for the rest of his Formula 1 career, I wish him the very best.”