Fernando Alonso: My Formula 1 title challenge was a ‘miracle’ 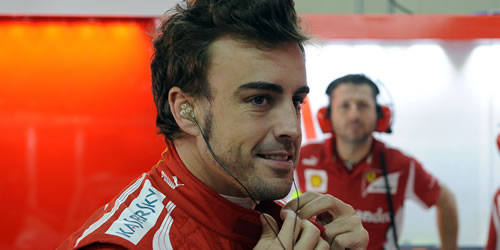 Fernando Alonso missed out on the title by three points Photo: Ferrari

Fernando Alonso says it was a “miracle” he was able to mount a challenge for the Formula 1 drivers’ championship title in 2012 with Ferrari.

The Spaniard was pipped to the crown by Sebastian Vettel at the Brazilian Grand Prix, with the Red Bull driver winning his third straight title by just three points.

“It was a miracle to see, race after race, what we managed to achieve,” said Alonso. “I drove the best season of my life and now I can only think of the year to come.

“Before, people had a more or less good opinion of me, but now I notice a whole different level of respect.

“To be one of the greats of Formula 1, it’s not enough to win titles; you must also tackle seasons like the one that has just ended.”

Alonso also responded to the news that the FIA would not be investigating an overtaking manoeuvre by Vettel at the Brazilian Grand Prix in which the German driver appeared to pass a Toro Rosso in a yellow caution zone, where overtaking is forbidden.

F1’s governing body said that the move was legitimate because Vettel had started the move after passing a green flag, indicating the end of the yellow zone.

“There were a lot of video clips on the internet and we knew our fans were asking for an explanation, so it was right for Ferrari to turn to the federation for clarification,” he added.

“We got a reply and I think everything has now calmed down.

“Frankly, I’m not that interested in what the opinion is of me in Germany or elsewhere. What I know is that people who see me in the streets hug me and call me gladiator or samurai.”