French Open 2013: Novak Djokovic says winning the Roland Garros title is his "number one" priority for the season 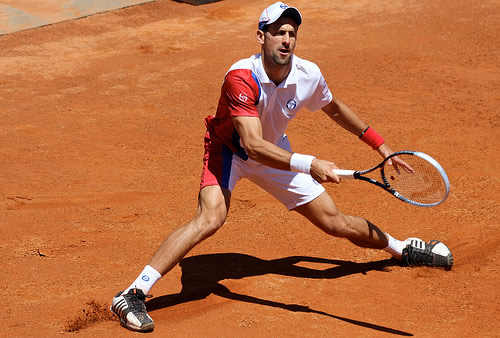 Novak Djokovic has admitted winning the French Open title is his “number one priority” for the season.

The 26-year-old, who is the top seed in the mens’ draw, was beaten in four sets by Rafael Nadal in the rain-interrupted final last year at Roland Garros.

Djokovic, who suffered early exits in Madrid and Rome in the lead up to the French Open, needs the Paris crown to complete a career Grand Slam.

“This is the tournament that is the number one priority of my year, of my season,” said Djokovic, who faces Belgian David Goffin in round one.

“This is where I want to win and I’m going to go for it. I think my game is there and I’m very, very motivated.”

Defending champion Nadal is pitted against Germany’s Daniel Brands in the first round as he bids to win an eighth French Open crown.

The Spaniard, 26, is the favourite to win his 12th Major but Nadal isn’t thinking about a prospective semi-final against world number one Djokovic.

“If we’re not one and two in the world, that can happen,” said Nadal.

“But the tournament starts from the first round and I’m sure that both of us know that we have a hard way before that.”