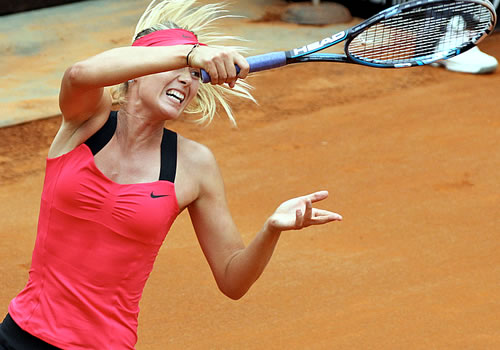 Despite failing to produce her best tennis, defending champion Maria Sharapova saw off Zheng Zie 6-1 7-5 to make it into the last 16 of Roland Garros.

The 26-year-old took the first set in emphatic style but had to come from behind twice in the second to eventually book her place in the next round.

Speaking of the nervy second set, Sharapova said: “She [Zie] started playing extremely well and I was down a couple of breaks, I’m extremely happy that I was able to pull through today in two sets.”

A tepid start to the match allowed Sharapova to take advantage and the second seed broke in the very first game with Zheng struggling for consistency.

The Russian pushed on in the set, with Zheng struggling for any rhythm and struggling to worry the world number two took the first set with ease 6-1.

In the second set, though, Zheng started the brighter, breaking for 1-0 and was producing tennis she seemed incapable of in the first, and a second break gave her a 4-1 lead.

Sharapova fought back to level 4-4, but once more, inconsistencies crept in and she allowed Zheng to serve for the set at 5-4.

However, the Chinese player allowed the errors which had been strewn across the first set back in and Sharapova broke again and didn’t look back.

The former world number one faces Sloane Stephens in the next round and she is well aware of the American’s talent having beaten her in straight sets at the Australian Open earlier this year.

“She’s playing extremely well; she got to the semi finals of the Australian Open, where she did really well and playing really good tennis,” Sharapova added.