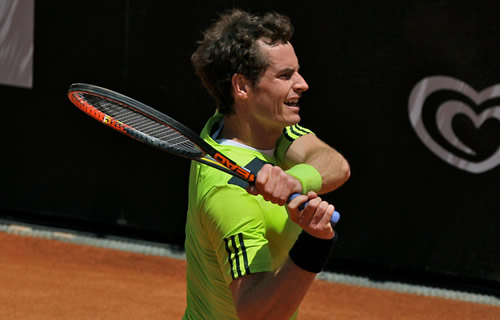 Two of the men’s quarter-finals at this year’s French Open unfolded just as they should, with the two highest seeds making their way through the draw to their allotted place by the second week of the tournament.

In the bottom half, it was world No2 Novak Djokovic and No8 Milos Raonic who rightly contested their semi-final place in the full glare of Roland Garros’s main arena, Philippe Chatrier. Meanwhile the lower seeds, No6 Tomas Berdych and No18 Ernests Gulbis were sent to the rather smaller, rather faster second court, Suzanne Lenglen.

Come the second day of quarter-final competition, it was world No1 and defending champion Rafael Nadal and his compatriot, No5 David Ferrer, who filled their pre-ordained places, and in a rerun of last year’s final. It was starry, it was intriguing—Ferrer had beaten Nadal in Monte Carlo just weeks ago—and was the most tightly-ranked of the four matches.

Yet the eight-time former champion Nadal had, on this occasion, to give up centre stage to another contest. The top seed would take to Suzanne Lenglen, for across Roland Garros, one of tennis’s most charismatic characters—and one of France’s own to boot—had defied the rankings to reach the last eight.

Gael Monfils, showman par excellence and one of the most athletic men in the sport, may be France’s third ranked player, but he ventured where Richard Gasquet and Jo-Wilfried Tsonga could not tread. And he was lined up to play No7 seed Andy Murray in the first French-British quarter-final at Roland Garros in the Open era.

Despite his ranking, though, Monfils has never lack for talent: This former world No7—three years ago—was outstanding as a junior, winning the Australian and French Opens and Wimbledon, but a year ago, he was outside the top 100 with persistent injuries to his wrist and knees.

There was no denying, though, that he was heading back to where he belonged. 2014 began with the Doha final, where he took the first set against Nadal, then he won the title in Montpellier and reached the semis on the clay of Bucharest. Even though forced to bypass Munich and Nice with more ankle injuries, he arrived in Paris as the No23 seed.

But of course Murray had overcome injury problems of his own, missing Roland Garros entirely last year due to a back injury that would eventually force surgery in September. And though clay had yet to yield Murray a title, and Paris had yet to yield him a final as each of the other Majors had done, this was his fourth quarter-final in Paris. And he played one of his best all-round clay matches this year in beating Fernando Verdasco in the fourth round.

No, Murray’s problem was not his form, it was this particular match against this particular opponent—his first of the tournament on Philippe Chatrier and against one of the most partisan, vociferous tennis crowds in the world. As he said beforehand:
“Playing against someone with his style, and he also tries to entertain the crowd is something extra I’ll have to deal with. But I’m looking forward to it… The atmosphere will be great whichever court it’s on… I don’t care whether no-one in the crowd wants me to win or everyone wants me to win. I will fight just as hard to try to get the right outcome.”

Murray also described the man he has known—and been friends with—since junior days as “just naturally a phenomenal athlete.”

But then Murray is no mean athlete himself, and it was the Briton who injected pace and energy into the opening game, coming to the net and then chasing in aggressively on Monfils’s serve, too. It worked, drew the error and the break.

Monfils earned a break point in the third but an unfortunate trip-up—literally—by a line-judge forced a replay, and Murray held for 3-0.

Murray continued to step inside the baseline but Monfils survived deuce and picked up the pace on the Murray serve. The wind was now blustering but the Frenchman slotted a forehand winner past the net-chasing Murray to break. The match burst into life.

Now rallies became long and fascinating, with big forehands, sliced backhands, drops and angles—and some remarkable defensive play. In the end, the first set was decided by errors: Monfils made considerably more, and that contributed to a break and the first set, 6-4.

Murray continued to play inspired, smart tennis in the second, rushing again to a 3-0 lead, but this time, Monfils twice double faulted to allow Murray a second break with one of many searing backhands down the line. The Briton served out the set, 6-1, though not before a bit of controversy when a ball fell from Murray’s pocket mid point. The umpire floundered, first calling for a replay, then awarding the point to Monfils—wrongly—but Murray did not want a fight: He wanted to keep the momentum, and he seized the set on the eighth set point.

But a gutsy hold at the start of the third, some exuberant Mexican waving from the Paris crowd, and some remarkable shot making, got Monfils off to a strong start, and he built on that through a high-quality set to get his break chance at 5-4. Two errors from Murray gave the French something to cheer about: Set 3, 6-4.

The match did not need more drama but it nevertheless produced it in spades. Monfils was on a tear and Murray looked fazed. He found himself 4-1 down, taking just three points in a run of 15. And the errors continued to pile up on the Briton’s side: His legs seemed to lose all energy, his first serve missed, his backhand netted time and again. Monfils levelled the match, 6-1, and looked a cool as a cucumber.

Would the match be halted for bad light, as Murray’s fourth-round five-setter against Philipp Kohlschreiber had been? Not yet. Instead, in one of the most bizarre turn-arounds in a tennis match, Murray took to court apparently revitalised. By anger? It was hard to tell. Suffice to say, his tennis of the first set returned, and it was Monfils who buckled. Murray raced through the set in 24 minutes, 6-0, with the Frenchman winning just six points.

There is, despite Murray’s dismissal of their last hope, a lot of respect from this French crowd for the Briton. Despite darkness descending, he not only did an on-court interview but signed dozens of autographs, posed for endless selfies with fans and finally plodded wearily from Philippe Chatrier after 10pm, but with a new British record to his name: a 14th Grand Slam semi-final.

Meanwhile, Nadal had reached his 23rd Major semi-final in another strangely unbalanced contest. He and Ferrer scored a break each in the first set before Ferrer—the first seed Nadal has faced in the tournament—grabbed the set with another break, 6-4. But that was the cue for Nadal to turn on the form, and an early break was all he needed to level the match, 6-4.

Then the nightmare began for Ferrer: four straight errors conceded an immediate love break, and Nadal went on a 10-game run to take the third set, 6-0 and lead 3-0 in the fourth. Indeed Ferrer’s only further game was a break of Nadal in the next game. But Nadal would notch up only three errors throughout the final two sets, sealing the match with a final break, 6-1.

It marked the remarkable Spaniard’s 64th win from 65 played at Roland Garros, and his 33rd in a row. Whether he can add to those tallies will now be down to Murray—and judging from the last meeting, a thriller of a three-setter in Rome last month, the Philippe Chatrier crowd will be very happy to have their eight-time champion back where he belongs: Centre stage.