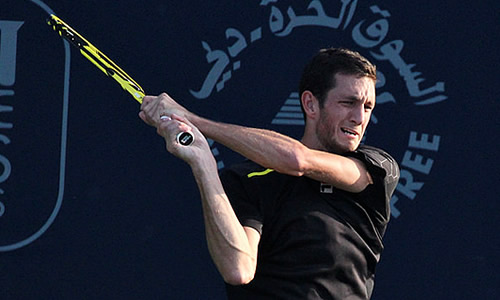 James Ward insists he can take plenty of positives out of his first-ever appearance in the main draw of the French Open, despite losing out in four sets to first round opponent Tommy Robredo.

Ward became the first British man in more than 40 years to progress from qualifying to the first round proper when he beat Blaz Rola of Slovenia on Friday.

The British number three, ranked 168 in the world, was then drawn to play Spanish 17th seed Robredo in Paris on Monday.

And despite the gap in world rankings, the 27-year-old recovered from an early break to take the first set before rain interrupted play.

With the Spaniard the more dominant player after the resumption, Ward was unable to keep his momentum going, eventually losing 4-6, 6-4, 6-2, 6-4 in two hours and 53 minutes.

And while unable to capitalise on his strong start, the Brit believes his form bodes well for a strong grass season.

“I started really well, had chances in the second set as well, and fought my way back into the match after the third set,” Ward said.

“I gave myself a chance and I’m pleased with my efforts.

“He likes it to be slow so he can use his heavy forehand and make me move, try and get me off the court.

“He did it well. If he hadn’t it would have been a different result, but he played really well at times and came up with some great shots.

“It’s a positive and I’m looking forward to taking the momentum into the next few weeks on grass, where I’ll have a few good chances.”