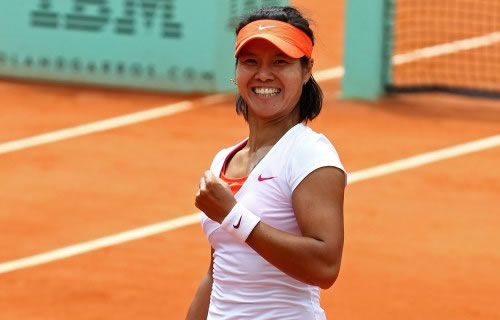 Li Na felt she handed Kristina Mladenovic a place in the second round after the French home favourite eliminated the 2011 Roland Garros winner on Tuesday.

The second seed lost the first set 5-7 as Na made a poor start to her bid to win back-to-back Grand Slams following her Australian Open success in January.

However, 32-year-old Na showed her trademark fighting spirit as she levelled the first-round encounter by taking the second set 6-3.

But the former champion failed to kick on as she was broken twice by her French opponent and converted her second match point on Suzanne Lenglen court.

“Nobody says if you’re number two in the world you have to win all the matches,” said Li Na after her three-set defeat.

“I mean, this is tennis, everyone comes to the court, everyone has a chance to win the match. I think it doesn’t matter who plays against me today, I’d always lose the match because I don’t think she put a lot of pressure on me. I think today I just gave away the match.”

In the men’s side of the draw, Grigor Dimitrov was another big-name casualty as the Bulgarian lost to big-serving Ivo Karlovic 6-4 7-5 7-6 (7-4).