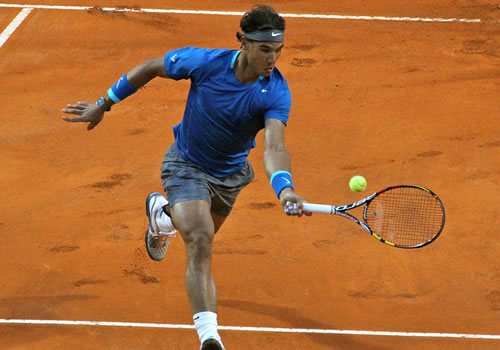 Rafael Nadal is the world No1 Photo: Marianne Bevis

Rafael Nadal expressed his contentment with his form as he continued his quest for a record fifth consecutive French Open title by beating Dusan Lajovic to reach the quarter-finals.

Nadal will now face fellow Spaniard David Ferrer in the last eight in a repeat of last year’s final at Roland Garros.

“I’m happy with the way I played,” said Nadal. “I was able to control the points from the baseline, which is important for me.

“It was a positive match for me, obviously. I think I played a great first set. In my opinion, he didn’t play bad in the first set. He played a good set, too.”

Asked about coming up against Ferrer, who beat Nadal in straight sets in the quarter-finals of the Monte Carlo Masters in April, he continued: “I think that I am a little bit better than when I was playing against him in Monte Carlo, but I think he’s playing great, too.

“He’s coming to the match with confidence. It will be a tough one. I know to play against him and to have chances to win I need to play very well.”