French Open 2014: Roger Federer and Novak Djokovic move into the third round after straight sets wins 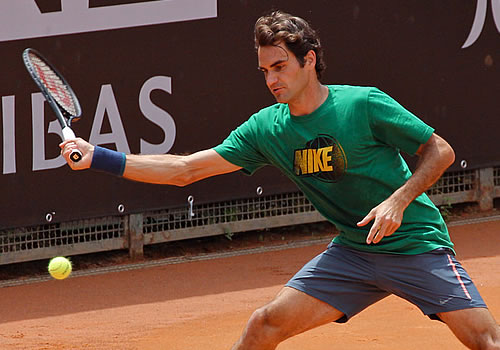 Roger Federer conceded he found it tough going against Diego Sebastian Schwartzman after the 2009 Roland Garros champion laboured to a straight sets win to reach the third round.

The world number four was broken early in the second-round match but responded to take the opener 6-3 before securing his progress by taking the final two sets 6-4 6-4 on Wednesday.

But Federer, who is bidding to win an 18th Grand Slam, felt intimidated by his opponent’s superiority at the back of the court.

I think that forced him to make a lot of unforced errors, which definitely helped me to win in straight sets

“It was kind of tough all the way through. I didn’t feel relaxed for the entire match. I always felt he had a little bit of an upper hand from the baseline,” Federer is quoted as saying.

Meanwhile, second seed Novak Djokovic beat Jermey Chardy 6-1 6-4 6-2 in 90 blistering minutes to seal his place in the third round at the French Open.

“I managed to make him play an extra shot,” said Djokovic. “I managed to stay solid from the baseline, and I think that forced him to make a lot of unforced errors, which definitely helped me to win in straight sets.”

On Stanislas Wawrinka’s shock exit, Djokovic added: “I understand what Wawrinka is going through. When I won my first grand slam in 2008, I know how that period went after that. It’s the first time that you have to encounter pressure or expectations of being a favourite at grand slams.

“I think it’s a new experience, and it’s something that is going to be with him for the rest of his career, because he’s a grand slam winner now, so he’s going to be favourite in most of the events where he plays.”