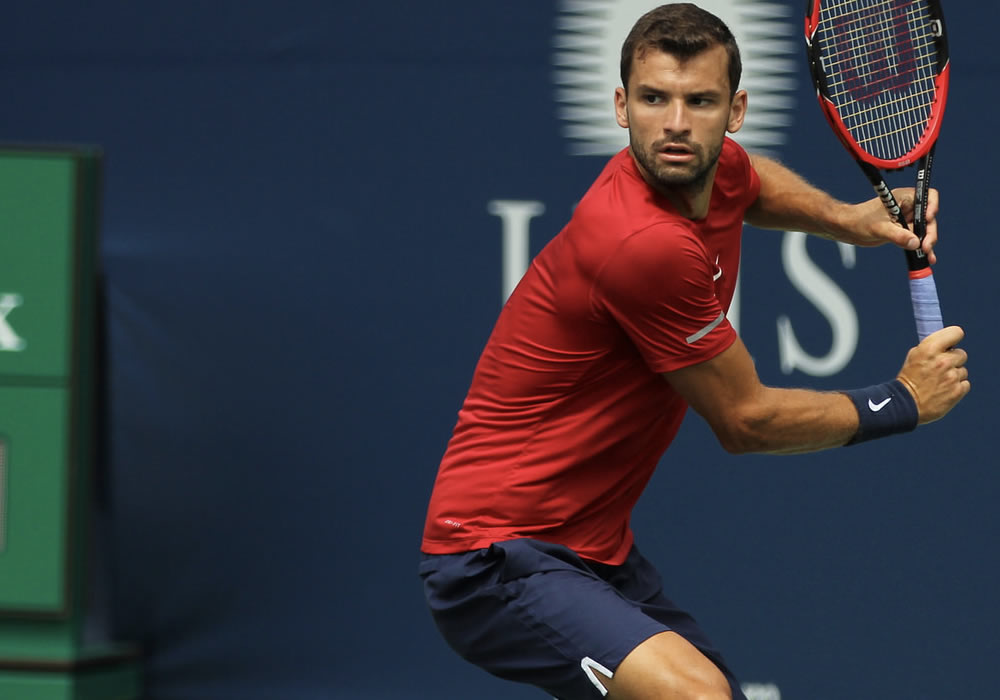 At one particular moment on a baking afternoon that launched this year’s French Open onto a waiting tennis world, there were no fewer than six men playing with a single-handed backhand.

Four of those six were involved in matches against one another, and contrary to perceived wisdom, half of them belonged to men from a youthful generation.

The first to cheer the purist’s heart was No11 seed Grigor Dimitov, a 26-year-old with flair in spades and two Grand Slam semi-finals to his name but with only three wins on Paris’s clay, and none in his last three starts.

But he played a man, in Stephane Robert, more than a decade older, a man he had only played twice—and so long ago that it was in Challengers. Dimitrov won on both occasions, and he would win this one too, 6-2, 6-3, 6-4, with 35 winners to his name.

It so happened that the Bulgarian was assured of playing another one-hander in his next match, too, the survivor in a battle of the ages between Briton Daniel Evans, ranked 55, and the 35-year-old Tommy Robredo, only lately making his way back from foot surgery.

Eleven of the elegant Spaniard’s titles had come on clay, and five times he had reached the quarters of the French Open since his first appearance in 2001. It is fair to say that clay is his environment, in stark contrast with Evans, who had yet to win a match at the French Open. Indeed, Evans had managed just two wins on clay in Barcelona this year and made first-round exits at all three of the clay Masters.

However, Robredo, a former world No5, was currently down at No271 having won just five matches in his depleted 2017 schedule. If there was a time for Evans to win at Roland Garros, it may be now.

Evans certainly lived with Robredo early on in what would become a lengthy and exhausting affair. The Briton broke in the opening game, only to see the Spaniard break back in the fourth. But Evans got another break at the key moment to take the first set, 7-5, having made 15 winners to just eight errors.

He broke at the start of the second set, too, but Robredo regained the lead with a run of 10 straight points. This time it was the older man who broke for the set, 6-4.

Now the clay credentials were really beginning to show. Robredo took a 3-0 lead, and despite two quick exchanges of breaks, Evans could not prevent another and the Spaniard took the set, 6-3. And with Evans looking drained in the heat, Robredo was the one with the energy and pace. He raced away with the fourth set, 6-1, Evans giving up a weary double fault for the match after two and a half hours.

For an even more dramatic contrast in ages, the first ever main-draw Major match of 18-year-old Stefanos Tsitsipas was against a man 20 years his senior. Ivo Karlovic, a towering serve and volley exponent standing 6ft 11ins tall, has always been far from a clay-court lover—just six match-wins in Paris in his long career. Yet he remained seeded at 24, and won two titles, on hard and grass courts, just last year.

But then the tall, rangy Greek teenager was no slouch on clay, as his Futures success last year showed. And until this year, he was still playing Junior Majors, yet his considerable maturity around the senior courts was making an impression.

Against the formidable serving of Karlovic, it would have been easy to buckle, but he rose to the challenge with considerable class to take the Croat to a first-set tie-break. However, the superior serving power of Karlovic sealed the set, 7-6(5). The second set was even longer, at almost an hour, and Karlovic did not make the breakthrough until the last minute to grab the set, 7-5.

He broke the young player a little sooner in the third, but Tsitsipas broke back for 4-4, only to double fault on break point, in effect match point, at 4-5, to bring the curtain down on a memorable first Major match, 6-4, after two and a quarter hours.

The Greek afterwards admitted that, while he grew up on clay, he loves the grass, and he will hope for a chance to build on his semi run at Junior Wimbledon last year. The All England Club will surely be pleased to see another one-hander carrying on the that old-fashioned tradition.

The 23-year-old Dominic Thiem, one of the most improved young players of the last couple years, was a semi-finalist here in only his third appearance last year. This spring, he reached his first Masters final in Madrid, the semis in Rome, the final in Barcelona and won in Rio. Clay court credentials aplenty then, for the No6 seed, and the burgeoning confidence of the Austrian with a backhand in the mould of Stan Wawrinka’s powerhouse showed in a swift victory over Bernard Tomic, 6-4, 6-0, 6-2, in just an hour and 20 minutes.

And as luck would have it, Thiem will also play a single-hander in his next match, a place that will be determined between Simone Bolelli and Nicloas Mahut.