Karen Khachanov, 21, secures his place in the last 16 of the French Open, where he will face top seed Andy Murray 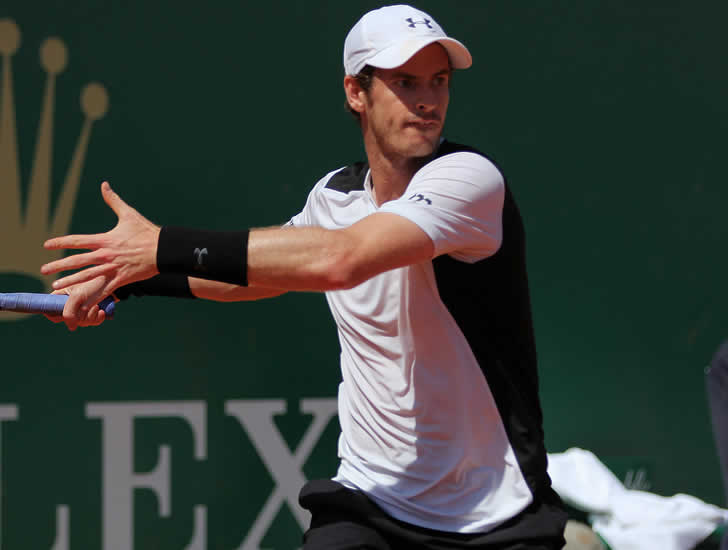 Andy Murray will play 21-year-old in round four in Paris Photo: Marianne Bevis

Amid an array of former French Open junior champions from more than a decade back—Stan Wawrinka, Richard Gasquet, Gael Monfils, Marin Cilic—and in a half of the draw packed with over-30s—10 out of 16 into the third round—there remained a notable clutch of exceptions.

Near the bottom of the half, British 22-year-old Kyle Edmund battled long and hard against the former top-10 Kevin Anderson, and despite his five-set loss, he came away with plenty of reason to be pleased with his first third-round run at Roland Garros.

But Edmund is just too old to be in with a chance of the ATP’s new #NextGen campaign, the Race to Milan. Only men aged 21 and under will be able to qualify for this World-Tour-Finals-modelled tournament to showcase the best of tennis’s rising stars.

Each was making fellow players and fans sit up and take notice, especially after taking out a couple of seeds along the way.

Chung, from South Korea and the ATP’s Most Improved Player of the Year in 2015, beat No27 seed Sam Querrey, and then broke Denis Istomin seven times on his way to a straight-sets win and Round 3.

So despite claiming that he liked hard courts, and he had indeed put together a 21-4 run on the Challenger hard-court circuit in 2016, Chung was certainly making his mark on clay.

This year he reached his first semi-final in Munich, and made the quarters at the Barcelona 500 via qualifying, beating the likes of Alexander Zverev and Philipp Kohlschreiber in the process. He even pushed Rafael Nadal to a first-set tie-break in the quarters.

But to progress further at Roland Garros, Chung would have to get by No8 seed, Kei Nishikori, in a first match between the only two remaining Asian men in the draw.

It would be a quite remarkable match, with Nishikori taking, not surprisingly, a two sets lead, though they were hard-fought sets. Then Chung turned things around to grab the third set in a tie-break, and raced to a 3-0 lead in the fourth before the rains descended on Roland Garros and play was halted until the following morning.

Come Sunday, and Chung carried on where he left off, reeling off three games for the set, 6-0. But Nishikori is not a Grand Slam finalist for nothing. He thrilled a full Court 1 packed with Japanese fans with an aggressive comeback, to outpace the nimble Chung. They exchanged breaks, but Nishikori got one more, and the inexperience of Chung finally let him down: a double fault on match point.

It was an unfortunate end, but the quietly-spoken Chung was far from unhappy with his performance in Paris.

“It was great honour to play with Kei. Today was a tough match against Kei. I tried my best and maybe I’m waiting for another day.

“And it’s been a great experience in Paris. I make third round for first time in a Grand Slam. And maybe I have more experience and I have to enjoy. I’m looking forward to the next Grand Slam.”

But what of fellow 21-year-old, Khachanov? The young Russian was playing in only his third Major, and he won his first match at this level just last autumn at the US Open. He went on to win his first title in Chengdu, and this year, after a few first-round losses, his intense off-season training in Barcelona began to pay off. He beat Pablo Cuevas and David Goffin to reach the quarters in Barcelona, and also made the quarters in Lyon ahead of the French Open.

Once here, he took out No13 seed Tomas Berdych, and was about to hand out a similar treatment to No21 seed John Isner. He already had the first tie-break set in the bag when play was stopped by rain on Friday evening, and came back strongly on a sunny Sunday to clinch the second set, 6-3.

Now, Isner began the fight back, and took the third set to a tie-break. The young Russian took the initial lead, 5-2, but Isner came back, and set up set point with a huge forehand winner. He sealed it with his 11th ace of the match.

Isner looked the stronger at the start of the fourth, setting up two break points, but Khachanov held him off, and there were few more chances on either side: They headed to another tie-break as Isner held to love.

Again Khachanov took the early lead with his big athletic game—the Russian is 6ft 6ins and with great all-round movement and power. He delivered some winning serves, then made a huge return-of-serve winner for 5-1. A drop-shot into the net from Isner and it was match-point, and Khachanov closed it out in style with a forehand pass on the dot of three hours.

A fourth-round finish takes the Russian to third in the Race to Milan and could take him to an overall career high of 39. And should he beat his next opponent in Paris, he could break the top 30. His problem is that his next opponent happens to be the world No1, Andy Murray.

Not that this supremely assured young man, who smiled his way through one of his biggest press conferences like a man born to it, was remotely fazed.

“This is, I think, what we are looking for, to play on the big arenas like here, centre court, and to play against the world No1. Really looking forward for it.”

He remembered practising with Murray a few times in the past but ,“I don’t remember actually what we were doing.” It would, though, “be a good match and good experience for me. I’m in the fourth round, and I will try to prepare and to do my best.”

He admitted his victory over Isner had been his best result “…for now, for me, in a Grand Slam.”

There will soon be more, and bigger, results, for this confident man, of that there seems little doubt.

But Murray will be keen to make sure it is not this week, even though there are strong echoes in the Khachanov game of one of his idols, Juan Martin del Potro. And those who saw Murray’s battle against the Argentine in the last round, not to mention their previous contest in last year’s Davis Cup, will know just how dangerous that could be.