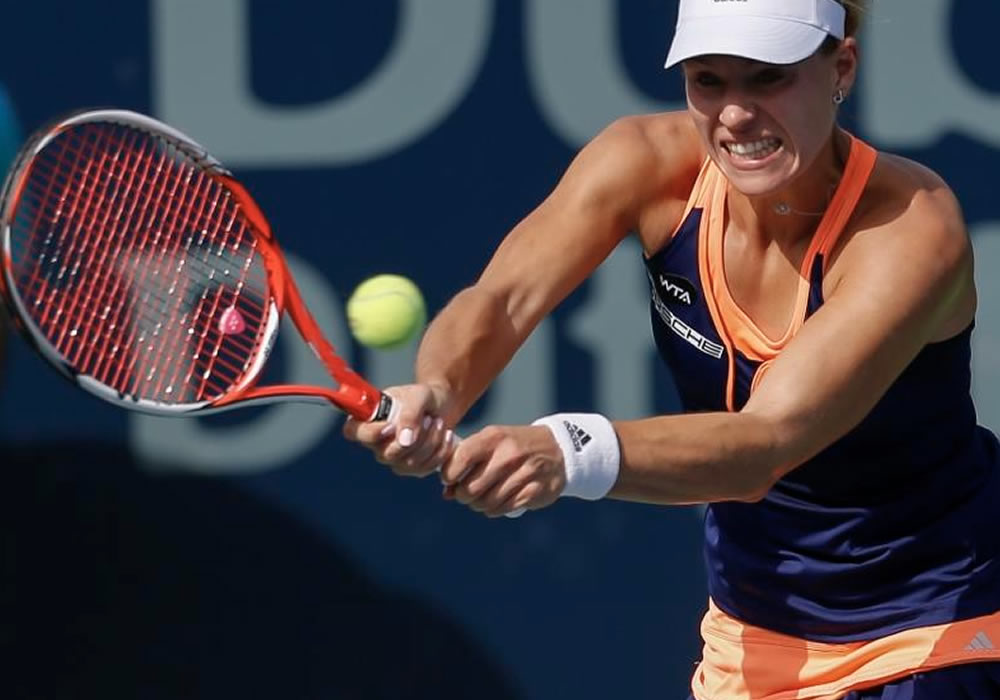 If ever there was a French Open that was—well, wide open, the general consensus seemed to be that this was it.

Missing from the draw were three big-time former champions and former world No1s. Top of the list, and still ranked No2, was three-time winner Serena Williams, now expecting her first child.

Then came former semi-finalist Victoria Azarenka, who had her first child six months ago. Not that recent motherhood could keep her away: The two-time Australian champion still put in an appearance on Roland Garros’s clay after announcing that her comeback would begin on grass next month.

Also missing, denied a wild card so soon after the end of her doping ban, was two-time champion Maria Sharapova.

There was, though, a clutch of former champions and runners-up—many of them now over 30 but many with reasonable chances of making deep runs, such as No8 seed and 2009 champion Svetlana Kuznetsova, who was already a finalist in Indian Wells and semi-finalist in Madrid this year.

Looking good, too, was Sam Stosur, runner-up in 2010 and here on the heels of winning in Strasbourg. Venus Williams, a finalist way back in 2002, is still seeded No10 and should anyone doubt her passion and fitness at the age of 36, her run to the final of the Australian Open should dispel the doubts.

And another 36-year-old defying the years—though admitting this may be her last season—is the unseeded Francesca Schiavone, a champion in 2010 and finalist the year after. She may be ranked 76, but she won in Bogota and reached the final in Rabat as the tour cranked up to its clay finale.

For Schiavone, though, progress of any kind would be tough this time: She had drawn defending champion and No4 seed Garbine Muguruza in her opener.

But what of the big names, the top rankers? No1 seed Angelique Kerber had just two match-wins to her name through Stuttgart, Madrid and Rome, and was clearly struggling for confidence and form. Now she was trying to avoid being the first woman’s top seed in the Open Era to lose in the first round here.

In practice, it was the leader in the Race to Singapore who looked the in-form player, Elina Svitolina. The 22-year-old picked up her fourth title of the year, the prestigious Rome Premier, last week, beating No3 seed Simona Halep in the process.

Indeed the woman who arguably looked the favourite to cash in at Roland Garros had been Halep herself—a former finalist in Paris and on a brilliant clay run: the title in Madrid, the Rome final and the semis in Stuttgart. But Halep twisted her ankle in that last final and admitted that she was in a race against time to be fully recovered.

Another woman with injury concerns was No9 seed Agnieszka Radwanska with just nine match-wins this year so far: She had played and lost only one on clay.

Yet there was one player who, until a couple of days before the tournament began, was not even scheduled to be here, and her arrival created a huge buzz.

Less than a week after the two-time Wimbledon champion Petra Kvitova announced that she was preparing to make her return at the All England Club after a stabbing attack to her left hand, she has arrived in Paris ready to play.

Still ranked No16, Kvitova was only just recovering from a stress fracture in her foot when she was attacked in her home and stabbed in her playing hand in December. It took almost four hours of surgery to repair, and she faced an uncertain tennis future. But all her work through the interim period had paid off with a faster recovery than expected. She was not, she said, back to 100 percent, but could not wait to get back into competitive tennis.

It was a baptism of fire, too: the first match of the tournament on its biggest arena. But for her opponent, Julia Boserup, the moment must have been still more formidable. This was her first match in the French Open main draw, and what a stage and an opponent to face.

Kvitova quickly showed she had lost none of her aggressive, power-hitting style in those long months away. She raced to a 3-0 lead before Boserup got on the board. Then the two women battled through a marathon game, with the Czech fighting off three break points to hold, 4-1. However, Kvitova already had 13 winners to her name, compared with Boserup’s two, and blasted her way to the set, 6-3, in 39 minutes. It was hard to believe what had happened to that very hand just five months ago.

Kvitova carried on with a break in the first game of the second set, and broke again for 5-2. After less than an hour and a quarter, she was into the second round of the French Open, her very first match since winning the WTA Elite Trophy in Zhuhai at the end of October, and with 31 winners to her name. It was like she had never been away.

She was, understandably, highly emotional as she took the applause of the Philippe Chatrier crowd. Afterwards, with time to reflect on a special day, she explained:

“I think I came here as a winner already. When we were thinking of playing here, I was telling my coaches that I really wanted to win my first match. And that’s happened. The motivation which I had today was amazing, and I just didn’t want to lose. I mean, of course, everybody probably says that, but it was a little bit more special to me today.”

It so happens that Kvitova has been drawn into Kerber’s eighth of the draw here—but the top seed’s woes continued. She was unfortunate to draw one of the highest non-seeds in her opening round, No39 Ekaterina Makarova.

The Russian’s best results have not come on clay, but in taking on the fellow leftie, she piled up the winners as Kerber piled on the errors—27 and 25 respectively—and raced to a 5-1 lead in the first set and 3-0 in the second. She closed out the win, 6-2, 6-2, in an hour and 22 minutes.

She grinned in delight: This was, she said, only her second match on Philipp Chatrier in nine Roland Garros visits. And now she had an even bigger claim to fame: as victor over the first No1 seed here to lose in the first round.

Kuznetsova took on the 25-year-old Christina McHale, and it took her an hour in blistering 30C+ temperatures to get the first set, 7-5. The second set, with breaks each way and some punishing long games, took another hour, but the Russian, who turns 32 next month, came through, 6-4.

The oldest woman in the draw, Williams, would try her luck against Qiang Wang, at the end of the day—and it would be brave person who did not fancy her chances of advancing too.