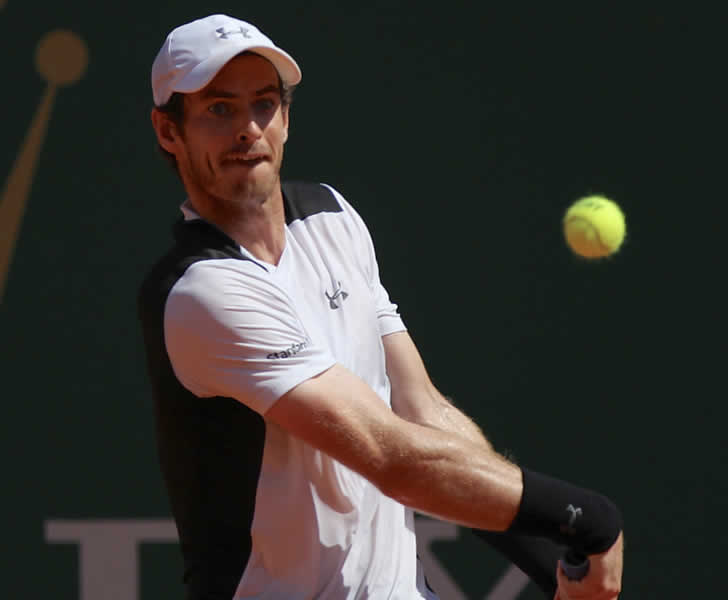 Andy Murray, playing in his 10th French Open, had ducked and dived past one record he did not want on his resume in his opening match.

Only one top seed in the men’s draw has lost his opener at the French Open since seedings were introduced in 1925, and that was Stefan Edberg in 1990. He beat the No73-ranked Andrey Kuznetsov in four sets after losing the second, and advanced to another challenge.

This time, he was bidding to avoid becoming the first top seed to lose in the second round at Roland Garros since Andre Agassi did so in 2000. This time he faced the No50-ranked Martin Klizan, who he had beaten in his only previous meeting. That took him three sets, but that had been indoors when Murray was close to completing the most successful but most gruelling sweep of titles in his career in Vienna last autumn.

Klizan had won a clay title in each of the last three years and was one of five former French Open junior champions remaining in the draw: He won here in 2006. But this player of wayward temperament and form had ended a six-match losing streak at Majors just to reach the second round here, as well as ending a five-match five-set losing streak into the bargain. That he arrived for this match with his left calf heavily strapped suggested that his eventful win over Laurent Lokoli had taken a toll.

Playing on perhaps the loveliest court at Roland Garros, Suzanne Lenglen, and in warm sunshine, Murray opened out one of his favourite tactics, the drop shot-lob, but it was an error: Klizan, despite the strapping, was up for this, chased it down, and passed Murray.

The big Slovak then pummelled his leftie forehand to good effect, but Murray saved a break point, only to face two more on his next serve. This time the Klizan forehand got its reward, the break, and though the Briton was not threatened on serve again, he did not break until the last opportunity, firing up his extraordinary defence—chasing a drop, making a lob and dropping again—to level at 5-5 with a return-of-serve winner. It would go to a tie-break.

That 13th game was one of winners by Klizan and unforced errors from Murray, with a double fault bringing up set points, and Klizan sealed it, 7-6(3) with a serve and volley winner.

Murray was muttering, to himself mostly, but seemed to find an intensity that was lacking in much of the first set. He had made only nine winners to 20 from Klizan, but gradually closed the gap in errors, broke in the fifth and seventh games, and produced some remarkable defence off the backhand wing to save break-back points for the set, 6-2.

Murray now looked like a runaway train, puffing and chasing and geeing himself on. He broke immediately, broke again for 4-1, and served out the third set, 6-2, with a “Come-on!”, and a fist pump to his box. But things then took another turn. Murray took his foot off the pedal, and Klizan broke in the second game. The Slovak consolidated with drop shots to outdo Murray’s—just—but he took treatment to his left serving shoulder, missed a few first serves, and Murray seemed to settle again, 2-4.

Klizan again maintained his advantage until the last moment, but could not serve out the set, hit a couple of tired backhands and a smash into the net, and Murray got the break.

The world No1 now had his intensity back, and went after the Klizan serve, got two chances to break, but Klizan came up with some stunning replies to create a couple of thrilling rallies—drops, lobs, passes and eventually a hold. Again, then, it would take a tie-break.

This time, Murray did not let his level drop, raced to 3-0 and then 6-2 courtesy of a beautiful drop-shot winner. One last piece of magic, as he dived for a volley finish, and the top seed had the win after 3hrs 35mins, and the crowd loved it.

Murray seemed to love it too, despite his fury with himself and any slightest distraction around the court, and he praised the French crowd and his opponent:

“I expected it to be very tough, he goes for huge shots and his forehand he can hit winners from everywhere on the court. I certainly didn’t want a fifth set! But at the end there were some entertaining points, we were playing some good tennis. And this is a great court and with fans who love tennis.”

He apologised—almost—for his language and behaviour, but with a smile:

“They don’t like it here when players misbehave on the court. I do try to behave but always can improve that for sure.”

Then he was told who his next opponent would be: Juan Martin del Potro advanced at the expense of an injured Nicloas Almagro, 6-3, 3-6, 1-1. And though the big Argentine is playing here for the first time since 2012—absent time and again since his Grand Slam victory at the US Open in 2009 due to wrist injuries—he had reached the quarters at his last visit and the semis in 2009.

It so happened, too, that he had beaten Murray in two of their last three matches, including a memorable five-setter to the Argentine in Davis Cup last year. Murray put it thus:

“It will be very tough. Juan Martin in my opinion plays better than his ranking [he is seeded 29 this week]. He’s come back from injuries, and had some tough draws early in the tournaments.”

He had indeed met Novak Djokovic three times and Roger Federer once, but beat both Kei Nishikori and Grigor Dimitrov on Rome’s clay.

While Murray was battling things out on Lenglen, another of those former Junior French Open champions, 32-year-old Stan Wawrinka, was upping the form levels on Philipp Chatrier.

He faced a tricky player who had beaten him in three of their four matches, Alexandr Dolgopolov.

Of course, Wawrinka was not just the junior champion here in 2003 but the full-blown champion here in 2015, and what this late-blooming, three-time Major champion has proved many times over, not least in his big-time tennis against Djokovic in that 2015 final, is that the Swiss world No3 is a man who rises to the occasion of a big stage.

He did so again, in the face of strong resistance from the former world No13 who has, of late, been hindered by injuries. But Dolgopolov was one of the few men this year to have won a clay title, in Buenos Aires, and his entertaining if unorthodox tennis kept Wawrinka on court for over two and a half hours. The Swiss fired 16 aces amid 41 winners to eventually get the job done, 6-4, 7-6(5), 7-5.

Wawrinka is drawn to face Murray in the semi-finals here, but first he will have to negotiate another player of unpredictable flair, the No28 seed Fabio Fognini, who beat Andreas Seppi, 6-4, 7-5, 6-3. But while his own form—and he won Geneva before coming to Paris—is certainly clear, his attitude is, as usual, quiet. Asked how he felt, as former champion and No3 seed, to be under the Championship radar so far, he smiled.

“I don’t mind. For me, doesn’t matter if we talk about me or not. I’m No3 in the world. I won three Grand Slams last three years. I know what my level is, I know what I can do. I’m focusing on what I have to do to stay here as long as possible here, and the rest I really don’t mind.”

Other seeds to come through in Wawrinka’s quarter are Gael Monfils and Marin Cilic, though non-seeds Feliciano Lopez and Kevin Anderson beat David Ferrer and Nick Kyrgios respectively.

French Open 2017: ‘Still a lot left’ as Venus Williams and Sam Stosur keep on keeping on

French Open 2017: Edmund breaks new ground in Paris, but it will be Anderson not Kyrgios next